Spoilers below. Only read if you’re up to date with the finale of Season 5 of Game Of Thrones.

Season 5 of Game Of Thrones, the world’s most watched show, concluded this week, in a blaze of blood, nudity, mutiny and death. Okay, so that’s nothing new for the show which has prided itself on trying to shock the hell out of audiences since its very first episode (who even remembers that infamous scene where Jamie Lannister pushed the tiny Stark kid out a window before returning to screw his own sister, Cersei?), but Season 5 of Thrones left viewers bitterly divided. Arguably more divided than even following the Red Wedding, or the Purple Wedding, or the 9th episode of this season, in which a major character burned his own daughter at the stake. 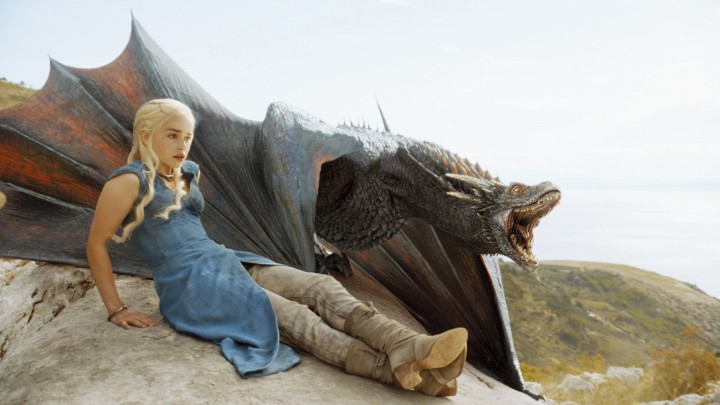 Game Of Thrones is a challenging series to watch, and has been since it began. For one, the series is, unlike most going these days, unafraid to kill off major characters. Everyone gasped when Sean Bean’s Edd Stark had his head removed towards the end of Season 1. Everyone almost broke the internet when half the remaining Stark clan were butchered at the Red Wedding’s medieval brutality. Series’ villain King Joffrey found himself struggling to make it past episode three of the fourth season, while Hero Midget Tyrion Lannister killed his own father (and also his betraying lover, much to his chagrin) closing out 2014’s adventures in Westeros. Now, the conclusion of Season 5 sees the death of fan-favorite character Jon Snow (Kit Harington), arguably the least interesting character remaining in the show who isn’t a total asshole, or Brienne of Tarth. Sure, a number of other notable killings were dealt out, but none more shocking than Jon Snow’s untimely departure from the series.

Fans wail and moan about the emotional investment into characters on the show, who then end up butchered without resolving anything – if anyone remains surprised about this after the end of the first season, surely the Red Wedding would have nailed that coffin shut. So how come everyone is so up in arms about the man who “knows nothin'” being offed in the final frames of Season 5? After all, it’s not like he was important to the show’s success, or even its ongoing narrative, right? Er….

The thing about Thrones is that it has such a wide variety of characters within it, it’s more than capable of losing a few “stars” and continuing with engaging narratives. Not all of them land like they should (personally, I thought Sansa’s arc through the 5th was pretty lame, as a virtual prisoner by marriage to up-n-coming villain Ramsay Bolton) but overall, even with the changes the creative team make to George RR Martin’s literary plotting, even its worst episodes are better than many other shows on the box. Recent seasons have also seen a dramatic reduction in the quantity of naked women on the show (okay, I say that just as I’m about to launch into Cersei’s “walk of shame” as portrayed in the finale of the 5th) with an inverse ratio of bloody demises. Oh, and the abuse of women, via rape and depravity, not to mention burning small children alive, has left a fairly savage taste in the mouths of many feminists who proclaim the show to be a debauched dramatic wasteland with little-to-no redeeming features other than some nice cinematography.

I’m not such a feminist that I disagree with what the show does, and if it provokes discussion about topics reflective of today’s society then I guess I can’t really argue against its depiction, if said depiction has something good come out of it, but the show’s constant, dreary, melancholy, frustratingly dark themes and blanketing pall of depressive gloom is actually starting to work against it. The more the show’s writers work to surprise us with shock deaths, or taboo events transpiring onscreen, the less inviting the show is to watch. Casual viewers may already have switched off, although HBO’s own audeince figures only seem to show the series is continuing to steamroll all in its path. In any case, there’s a strong argument for Thrones’ depiction of medieval violence in a medieval setting as accurate, against the fact that it’s a fictional show. 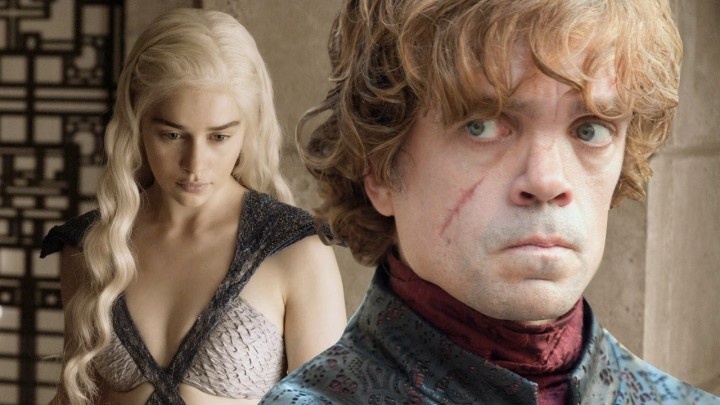 I have to admit, after witnessing Snow’s death in the finale this week, I’m starting to agree that perhaps continuing to watch the series isn’t for me. Seriously, why would I want to knowingly watch a show so aggressively masochistic towards both its characters, and its audience? Shock value works when it’s unexpected – Thrones has become the M Night Shyamalan of twists, with everyone now expecting something outrageous to happen, or somebody popular to get the chop/axe/arrow/beheading. The show feels like it’s become designed around those twists, instead of allowing them to manifest organically. The Thrones seasons work more or less as scorecards for drinking games to see who’ll make the end of each episode, or the end of each season. That, and the fact that my investment into a character’s storyline, which inevitably never pays off due to sudden death, reduces my enjoyment of the show because I’m constantly aware that whatever happens, it might not mean anything in the end anyway.

Life can be like that. Fiction, of which this is indeed the most brutal kind, doesn’t have to be. So one has to weigh up whether one’s investment in a show that limits my investment in an outcome to its endgame is worthwhile. After the end of Season 5, Twitter erupted like a guy kicked in the balls with fans “outraged” at the show’s decision to kill off its most beautiful male character. ! Naturally, some had conspiracy theories that the character could return in later seasons (he won’t, Harington having confirmed he is no longer signed to the series), while some outright didn’t give a shit.

And I admit, part of me is starting to feel that way as well. Emotional exhaustion with the show’s constant undermining of character for the sake of shock, instead of as a legitimate platform for narrative risk-taking, have taken their toll. I’ll weigh up my approach to Season 6 when it broadcasts in 2016, but for now, I’m seriously out of love with the show, and spent a majority of this year’s episodes just liking it.

As a matter of course, I felt the final episode of the season was far from the strongest (that award will go to “Hardhome,” episode 8), but it did have its moments. Cersei’s walk of shame, in which she was paraded, naked, through the streets of King’s Landing, enduring obscenities and physical abuse as she made her way back to the Red Keep, was particularly emotional. Due largely to Lena Headey’s performance, which no doubt we’ll see reconciled in the next season. The end of Stannis Baratheon was expected – nay, wanted, following the events of “Dance of Dragons” – and became a mere formality once it was discovered that half his army had mutinied in the night and scarpered. And Sansa’s “escape” from Winterfell left me feeling a bit….well, meh. But the arc I’ve found the hardest to get into was young Arya Stark, who spent a great deal of time in some kind of cultish church thing, learning about the Many Faced God, and pretending to be the world’s worst assassin. Ugh. And here I thought she’d really start her plans to seek revenge on those on “her list”.

Game Of Thrones is rightfully the most talked about series on television. Now that the series has caught up to George RR Martin’s published novels, and has to… er, fend for itself, in many ways, one wonders what stuff the showrunners will come up with to maintain the shock value established by 5 seasons of water cooler fodder. There’s little doubt it’ll involve dragons. And a dwarf. And hopefully, more nudity. But I’m tired of being set up to be outraged by a show that seems to pride itself on depravity and manipulating the audience without actually paying off a storyline. The death of Jon Snow – whether it happened in the books or not – felt here like a cliffhanger designed to anger people, punish regular viewers, than it did in allowing a narrative to continue in any meaningful manner. Honestly, I’m over it. Those White Walkers better get a move on – I’m gonna start hoping they win the Iron Throne.

4 thoughts on “So, why are you still watching Game Of Thrones?”