Director :  Kiah Roache-Turner
Year Of Release :   2014
Principal Cast :  Jay Gallagher, Bianca Bradey, Leon Burchill, Luke McKenzie, Yure Kovich, Catherine Terracini, Keith Agius, Meganne West, Berryn Schwerdt, Cain Thompson.
Approx Running Time :   98 Minutes
Synopsis:    When a mysterious zombie virus takes over the world, it becomes a matter of survival for those left behind.
What we think :   The zombie apocalypse genre would appear not to be as worn out as the glut of genre projects might suggest. One part Mad Max, another part Peter Jackson’s Brain Dead, a whole load of 28 Days Later, and a hint of another Aussie success, These Final Hours, Wyrmwood is just a gangbuster blast of frantic violence, low-budget guerrilla film-making and a whole bunch of fun. If you think nothing new can come out of the Zombie genre, be prepared to have your perception altered.

Recent advances in technology have allowed almost anyone to become a filmmaker, if they have the commitment to do so. Even people with limited budgets can manufacture a broadcast-quality film if they have friends, the know-how, and the gut-running ability to create a compelling story; digital cameras and home-computer processing allow even high-school students the ability to create solid works of art. Wyrmwood isn’t a high-school feature, but considering its impossibly small budget, as well as filming constraints (shot over 4 years, around various weekends), you’d never suspect this film was shot for a measly $160,000. That’s right, one hundred and sixty thousand dollars. Knowing this fact going into the film (and aside from that, it’s best to approach this film cold, to sustain the “shock” value of what it actually achieves), Wyrmwood is an absolute blast of fresh air in what has become a hugely stagnant zombie genre. 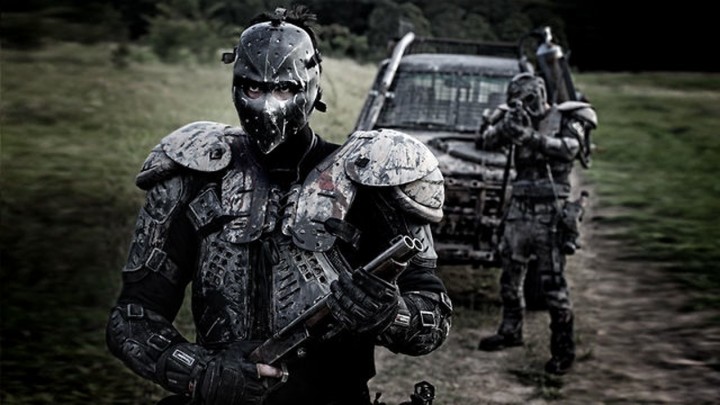 Barrie (Jay Gallagher) and his wife Anne (Catherine Terracini) and daughter Meganne (Meganne West) escape their home after the outbreak of a violent zombie virus. Barrie’s sister Brooke (Bianca Bradey) is trapped inside her photography studio when her two subjects become zombies. Brooke is rescued (or not) by a group of military types who kidnap her, leaving Barrie to track her down to escape whatever undead craziness is happening in the Aussie bush. 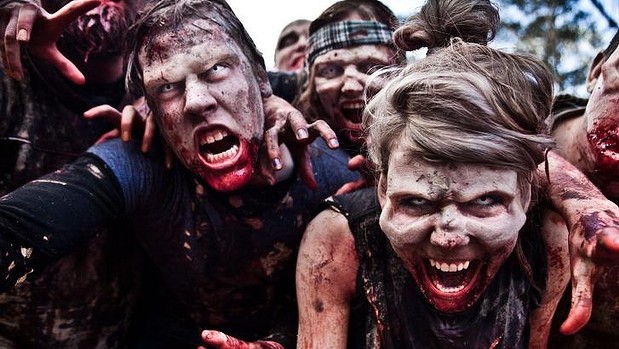 Quintessentially Australian, Wyrmwood approaches the zombie genre with a decidedly adult sense of humor. Ripe with larrakin black comedy (did you know zombie blood can be used as car fuel?) and a violent, kinetic energy that sparks brightly, the film’s low-budget is made even more astonishing considering the look of the film accomplished with far less than a major Hollywood project of similar tone. Aside from the obvious location restrictions, and the lack of “epic” footage like burning cities or whatnot, Wyrmwood doesn’t display much by way of lacking scope. As an apocalyptic thrill ride, it’s grungy, gritty visual style evokes an early George Miller or Peter Jackson – Brain Dead is the closest thing to Wyrmwood in terms of bloody gruesomeness, and even though Jackson’s second feature is more fantasy than outright horror, there’s a DNA presence between the two. 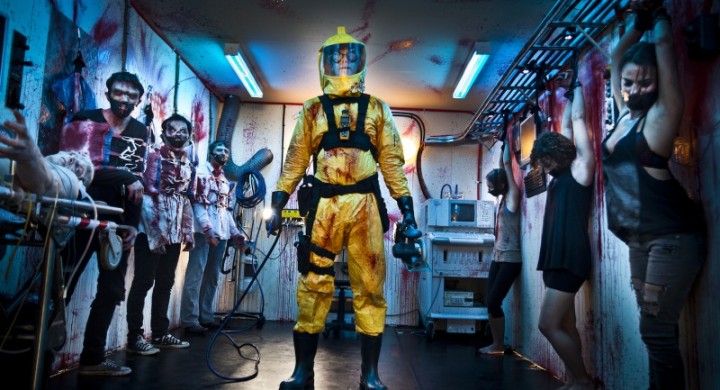 Director Kiah Roache-Turner has crafted a film of definitive vision – this isn’t some backyard hodgepodge of stolen styles or shots, but rather a clever appropriation of many of the zombie genre’s more auspicious thematic tropes, twisting them into a decidedly frantic missive of hyper-violent excess. It’s glorious, a mind-f@ck of screeching, walking corpses and gratuitous blood and gore, the kind of up-close camerawork now used by Danny Boyle in films such as 28 Days Later and 127 Hours. With superb makeup and effects, like exploding heads, dismembered bodies and an array of penetrative woundings, Wyrmwood is definitely not for the faint of heart. 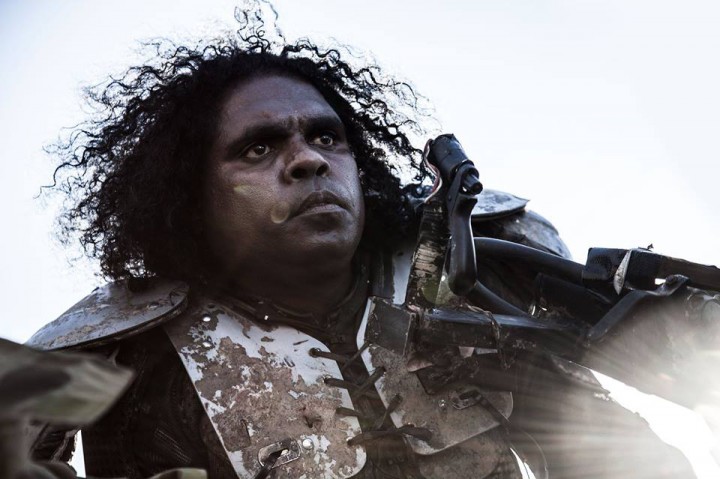 It’s fair to say the acting in this film occasionally shows its budgetary status. And that’s about right, considering the story is fairly simple, and the characters decidedly one-note; the film is built on style and tone. Jay Gallagher makes a nice straight-up hero, while Keith Agius’ portrayal of Frank (another survivor) reminds me somewhat of an Aussie Michael Ironside, and Bianca Bradey’s Brooke is tough, kick-ass Aussie heroine material. Berryn Schwerdt makes a creepy Doctor, performing some kind of tests on his captured zombie subjects (although his tests on Brooke appear to be more about inflicting pain than anything altruistic), Luke McKenzie is solid as the muscular and brutal Captain (who works as the film’s Big Bad in the finale), while Leon Burchill’s Benny is the most obvious comedy relief. 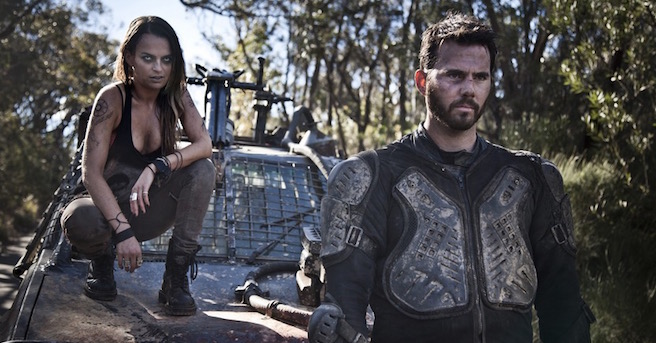 Wyrmwood doesn’t try to say much about humanity, nor does it try and examine the consequences of any moral or ethical dilemmas – it’s a balls-out gorefest the likes of which the Aussie film industry hasn’t seen in many a long age. Directed with utter pizazz by Roache-Turner, with solid camerawork and a gamut of Aussie humor (most of which works, some of which falls a little flat), there’s little to say about this film other than to recommend it on the strength of its low-budget genre style and all-out crazy-pants brilliance. I’m trying not to spoil it for you – you need to see this as cold as you can – so I won’t say to much more, other than it’s easily one of the best-made Aussie films of the last decade, and I am dead-set keen to see what they do for a sequel.