Marvel has a lot to answer for.

In many ways, Hollywood has always taken advantage of the Next Big Thing, what with the glut of war films, romance films, heady dramatic films and all manner of pulp-inspired dreck flooding cinemas since the industry came into being over a century ago. Today, there’s a larger problem rife within Hollywood’s dollar-sign-lovin’ suit-brigade. In the last decade, the rise of Marvel Studio’s enormously successful Cinematic Universe, inhabited by easily identifiable heroes like Iron Man, Captain America, the Hulk, et al, has bloated the coffers of the industry’s main players, the fallout being that the flow on effect – to Sony’s Spider-Man franchise (which is ailing badly, creatively speaking) and Fox’s X-Men franchise (which isn’t) – has been to boost the profile of these “tentpole” releases, as well as the swollen budgets and box-office receipts. 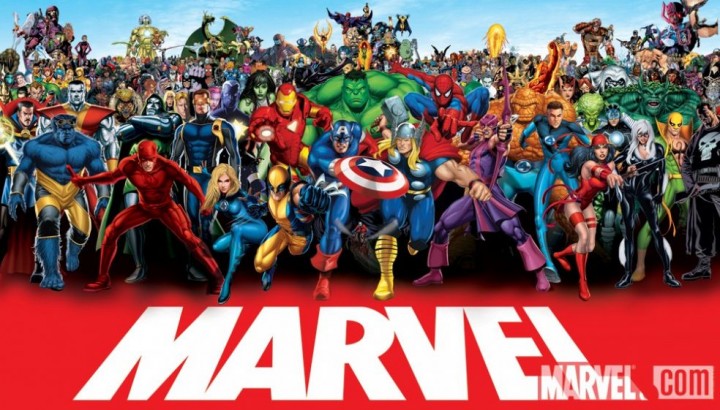 The rest of the industry has watched Marvel’s rise to power with the envious eyes of people coveting a slice of that pie. Suddenly (well, not suddenly, because this has all taken a while to build up), everyone wanted to have their own Cinematic Universe. Sony’s Spider-Man franchise has swollen to invariably include spin-off films about Spidey’s rogues gallery (a Venom film, a Sinister Six film, were all in development at various points), while Fox is keen to build upon its relatively smaller-cast X-Men rights; not to mention Marvel’s record-shattering CU (including 2014’s most astonishing success, Guardians Of The Galaxy, which starred a bunch of characters nobody outside hardcore comic fanboys had even heard of!) which shows no signs of slowing, stumbling, or waning whatsoever. People want in, and it seems everyone’s rushing to set up their own version of Marvel’s template.

Disclosure: I should mention that I had the inspiration to write this piece after reading Brickhaus’ wonderful rant about this very topic, which you should definitely check out.

So what of the soon-to-be glut of cinematic universes centered around the vast array of studio IP’s currently on offer? Aside from Marvel, DC’s own designs for a combined universe, including major players like Superman, Batman and Wonder Woman, appear to be slowly, ever so slowly, bearing fruit. Man of Steel was a major success financially, albeit enduring a swathe of critical brickbats, and the currently-in-production “sequel”, Batman v Superman: Dawn Of Justice, has had it’s own share of scorn before anyone’s even seen a frame of it – namely, the casting of Ben Affleck as Bruce Wayne/Batman – with the promise of a full-fledged Justice League film to follow, trying to capitalize on the success of Marvel’s Avengers films. The announcement by Sony to spin-off the Spider-Man franchise has been met with plenty of scorn too, namely due to the fact that Amazing Spider-Man 2 was a steaming pile of crap, and in recent times it appears the studio has lost its way in how to handle the property correctly.

Then there’s the accompanying television serials based on comic book properties – Marvels Agents Of SHIELD, being a prime example, while DC has recent started a new Flash, as well as a pre-Batman take on Gotham, to help the already successful Arrow to broaden the appeal of their secondary comic characters. Not only does a successful TV show allow for a greater range of stories (and, like comics, a lot more serialized than a feature film), but it also builds brand awareness, something many stand-alone IP’s cannot muster.

Then there’s the non-comic book Cinematic Universes. Star Wars, the granddaddy franchise of them all (yeah, even more than Bond or Harry Potter – more on which in a moment) was taken over by Disney a few years ago, and the announcement of imminent films to the tune of one per year, means the studio is obviously willing to milk the tired teats of that cash cow until they’re bloody. Even Universal, who lack a brand IP of their own, have decided to run a Monsters CU up the flagpole – Universal’s stable of monsters, such as Dracula, The Mummy, Van Helsing, The Wolf Man, and so on, don’t particularly lend themselves to an overarching universe, and yet the studio has fired the first shot across the bow with the release of Dracula Untold, the first in a proposed CU starring their characters. Sony has plans for a seven-film Robin Hood CU (Yeah, you read that right), while there’s even been talk of rebooting the Ghostbusters IP for a new generation (with female stars, no less!).

Naturally, one can look back on franchise’s like Harry Potter, James Bond and even the original Tarzan films for a glimpse into Hollywood’s disposition to take a great idea and milk the shit out of it. Potter’s 8-film, 10 year reign as box-office champ was something Warner Bros (DC Comics’ parent company) milked to death, and while JK Rowling has stated there would be no more Harry in her writing future, the reveal that she was returning to the well of that universe no doubt had studio execs creaming themselves for the box-office treasure they’d unleash. James Bond, particularly the Daniel Craig films, have really set themselves up as a continuance of the character’s story – most of the previous films differed from one film to the next, even through they often starred repeated actors – while the old Tarzan movies of the 40’s and 50’s were the precursor to complex storytelling that attempted to build a franchise.

The last decade has also brought about the “two films to stretch things out” event, of which jaded film cynics have quickly derided as little more than marketing ploys for added financial gain at the expense of creativity. Peter Jackson’s Hobbit trilogy, while hugely successful, is an obvious example of milking a story to its most thinly viable point. The final Harry Potter book, The Deathly Hallows, was famously broken into two films, as was the conclusion to the Twilight Saga, Breaking Dawn, a book which was not only completely unnecessary, but utterly pointless to the rest of the story, resulting in two films that were gaggingly horrible even though quite successful financially. Audience snark, however, only built the more studios tried to milk them for money.

It’s yet another plot by Hollywood to get more money from audiences; by building a brand for their properties, much like Marvel has achieved so successfully, they hope people who see one film in their “world” will pop along and see the next, just to keep up with the ongoing story. Troubling, it’s not even a creative thing driving this explosion of CU’s, rather the boffo box-office and the promise of multi-picture deals for the stars. One wonders if Warner’s will return to the Harry Potter universe by having a series of spin-off films (not necessarily endorsed by JK Rowling) about secondary characters inhabiting the same world, because God knows that world is a rich, almost endless vein of magical ideas and concepts. Would Summit return to the Twilight series with a series of spin-offs as well? That’s what Star Wars is doing, so why not another IP? The mind boggles at the possibility we could see a Romantic Comedy CU down the track, keeping the Jennifers Lopez and Aniston, Katherine Heigl,  and Amy Adams in work for the foreseeable future.

It’s weird, but would it be fair to postulate that people tend to gravitate to a seemingly constructed fictional universe moreso than a stand-alone entry? I can understand the appeal of a Star Wars universe (much like a Star Trek universe, which nobody seems to be bothered by, if you’ve noticed) and a comic book universe, since they’re broad enough with character roster to warrant further expansion. But a monster universe, a la what Universal is trying to build? Certainly, these iconic creations have stood the test of time (albeit perhaps not in a modern context – if you saw Hugh Jackman’s Van Helsing back in the day, poor you) but how do they fit into a shared universe of dastardly doings? And exactly who is lining up to see a multi-film Robin Hood universe spring into existence, especially in light of Ridley Scott’s critical abortion of a film failing to ignite interest in the character? Perhaps that lifetime-length adaption of Tolkien’s Silmarillion, mooted in jest back in 2008 by The Dim Post, might be achievable after all?

Yeah, trying to shoebox every IP into a CU seems fraught with creative danger (and it is) but I can see the lure of the carrot to Hollywood to try. While audiences will no doubt fatigue trying to work out which film they need to see first in any particular CU, especially if it’s early days, there’s a precedent that a quality product – like the one Marvel has established – will continue to provide box-office gold for years to come.