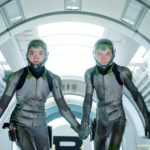 Director :  Gavin Hood
Year Of Release :   2013
Principal Cast :   Asa Butterfield, Harrison Ford, Hailee Steinfeld, Ben Kingsley, Abigail Breslin, Viola Davis, Aramis Knight, Moises Arias.
Approx Running Time :   114 Minutes
Synopsis: In the future, children are trained as pilots and warriors to defeat a race of aliens known as the Formics, who invaded Earth once and now threaten to do so again. One recruit finds he’s the military’s prime hope for defeating the alien menace.
What we think :   Fanciful, spectacularly mounted sci-fi opus delivers second-hand thrills, plenty of “watching people watch screens” and a whole lot of Harrison Ford growling at children. What’s not to love? Apparently the author of the book this film is based on, because he’s got a thing against gay people. Does that taint the film experience? It shouldn’t, but it does. It’s silly nonsense that will have adults chortling to themselves, and younger viewers cheering for Ender and his band of Merry Men, but it’s terribly contrived, utterly plain, and offer little mental nourishment.

Ended before it really began.

It’s been a few days now, since I watched Ender’s Game, and to be honest, as I sit here to type this review I’m still not entirely sure if I liked it, hated it, or was just flat-out frustrated by it. On one hand, we get so few decent science fiction films these days that watching the PG-rated Ender’s Game is as close as we get in the post-millennial era to Star Wars-esque franchise film. On the other, its so disappointing to think that in this post-millennial era, the only films we get in the science fiction genre that come close to a Star Wars feel is this, Ender’s Game, a scrotum-free war picture where Ben Kingsley gets his ink on. Ender’s Game is yet another in the long cavalcade of movies coming out that try their damnedest to set up an ongoing franchise, and yet another film that in trying so hard to do just that, neuters itself with inept plotting, worse characters, and haphazard acting. The film, based on a series of novels written by Orson Scott Card, manages to do exactly everything wrong in trying to kick-off a franchise – it lacks good character development, has too many unresolved plot points, and ends on a bit of a downer note that will have audiences rushing out to slit their damn wrists. I wrote about book-to-film transition problems in my review of The Mortal Instruments, and much about that film can be transposed onto Ender’s Game without too much massaging. Once again (and I feel like I’m a broken record these days) the film-makers have decided that if the audience really wants to understand the film, they really need to have read the books, and that’s something I’m finding is starting to wear out its welcome in modern films these days.

It’s the future (not sure when, the film doesn’t indicate) and Earth has been invaded by an alien race known as The Formics. A lone hero, Mazer Rackham, has entered folklore as the one man who was able to turn the tide and route the invaders. 50 years on, and humanity sits at the brink of another war with the Formics, and have begun testing children for their ability to adapt to battle mechanics in the advanced technological scenarios played out in the “testing” phase of service. The International Fleet is led by Colonel Hyram Graff (Harrison Ford), who, along with psychoanalyst Major Gwen Anderson (Viola Davis) discover Andrew “Ender” Wiggin (Asa Butterfield) shows a proficiency in tactics and planning that make him a candidate to lead the fleet into battle. It is considered an honor for a member of the family to be selected for the Fleet, although Ender’s sister Valentine (Abigail Breslin) was too empathetic, and his brother Peter (Jimmy Pinchak) too aggressive, leaving third child Ender to fulfil the family’s legacy. Ender is seconded to an orbital training facility, where he is given command of an “army”, a group of fellow trainees going into zero-g battle with stun guns to hone tactical and battle skills, where Ender continues to show improvement and leadership qualities. Inevitably, Ender finds himself at the head of the International Fleet, arriving at the Formic’s homeworld in order to take the war to the aliens. There, he meets a long-thought-dead hero (Ben Kingsley) and begins his training to take the battle onto the Formic’s homeworld.

Ender’s Game has some serious problems mixed with the things it does right. It’s almost like a kiddie-version of Starship Troopers – the film spends a large amount of time on Ender’s training with his friends and foes, showing his progression from shy, bullied kid into world-weary leader (and he’s what, fourteen at best?) – although the violence here isn’t graphic, and the highly anticipated battle between Humans and Formics is largely BFG-related, something of a cop-out considering the build-up of the Formics as a particularly aggressive and potent enemy. The Deux Ex Machina of a massive electricity gunship at the end, and a convenient “kill the queen, kill them all” device feels like somebody got f@king lazy in the script department – director Gavin Hood is credited with the screenplay, so let’s point the finger of doom at him. The film takes a fair amount of time making sure we understand the world the story takes place in – allusions to a two-child policy, a militaristic societal complex (tacitly resisted by the population?) and a sense of isolationism within the settings and context of Ender’s family life, make the film feel more personal than I think it should have been, and the oppressive sense of doom hanging over the narrative becomes frustratingly unfulfilled as Ender’s “training” goes on, and on, and on.

The two central characters are Ender himself, played with attempted sullen brutality by Asa Butterfield (who looks like he’d blow away in a stiff breeze), and Colonel Graff, essayed by the grumpy, growly Harrison Ford, who looks more animated here than in his last four films combined. Asa Butterfield lacks the strength of personality to really deliver the impact needed as Ender – he’s a whiny, sooky la-la kid, even when he’s supposed to be tough and decisive, and I felt the character just wasn’t strong enough to warrant the attention the film lavished on him. Just because he can play a game on a computer suddenly makes him a whiz in real-live battle scenarios? Really? That’s where we’re at? Okay then. Harrison Ford gets to deliver at least some pathos as Graff, the reluctant brute-force leader of the International Fleet’s training program, who knows the stakes but never reveals them to his staff or the kids he drags up into battle. Ford at least looks like he’s having some fun here, giving Graff an definite weary-old-man vibe that works well against Butterfield’s more insouciant Ender. Their stoushes, squaring off against the other, are really rather nice to watch, with the old war-horse showing up the young whipper-snapper in the acting stakes.

They’re supported by a fairly decent cast, with True Grit’s Hailee Steinfeld doing her best “I’m the platonic love interest for Ender” routine as the wonderfully named Petra Arkanian, Viola Davis bringing a maternal empathy to Anderson’s role as protector of the children from harm – physically and emotionally, and Moises Arias (last seen in The Kings Of Summer) as Ender’s chief rival on the training station, Bonzo. Ben Kingsley shows up at the last in weird face-paint and a crazy New Zealand accent (and let me tell you, it sounded more like South African than Kiwi), delivering some profundity with the classy showman way he does, but by then the film is lost in a blaze of inept “action” sequences and some woefully belabored plotting. Even Abigail Breslin, as Ender’s sister Valentine, looks embarrassed to be in this thing. ‘Tis a far cry from her debut in Signs.

Ender’s Game features some decent potential in terms of plot and action, yet it can’t deliver any real excitement in what it does because it plays everything so safe. With one exception (the endgame for Bonzo, for example, is played out off-screen, but he features in the film’s one real shocking development), the film smothers itself in distant, ineffectual action that takes place between lines of dialogue. Character talk about things happening, and we’re constantly reminded of past events (Rackham’s destruction of a Formic spacecraft, as a prime example, is shown in hugely George Lucasian style) but they mean little thanks to an unwillingness to involve the viewer in their outcome. The training sessions involving Ender and the armies, where they float about in a Zero-G environment and shoot freeze guns at each other, become tedious when you realize that nobody’s going to die, get injured, or come to any physical harm whatsoever. Even the battle between the International Fleet and the Formic fleet is nearly tension free, thanks to the overuse of Ender and his officers simply sitting at computer terminals pressing screens to make shit happen. Nobody here gets their hands dirty, not even as it is implied they will during their training. It’s all so gormless, so castrated, you can’t help but feel a little sorry for the likes of Ford and Davis, both of whom deserve better.

Ender’s Game is a perfect PG13 film: a bloodless, mindless by-the-numbers production that feels like it’s been constructed rather than crafted by a creative team. The nuts and bolts of an idea are here, they’re supported by Hollywood girders of focus group planning and score-card friendly intensity. There’s no life to it all, no matter how hard Butterfield, Ford, Steinfeld and company all try, and much like the games Ender plays during his down-time, the film never really feels organic or free of constraint. It’s made to order for undiscerning pre-teen consumption, a flavorless science fiction vehicle designed to provide studio box-office with little discernible effort at telling a story anyone wants to follow. If Ender’s Game was a flavor, it would be vanilla. 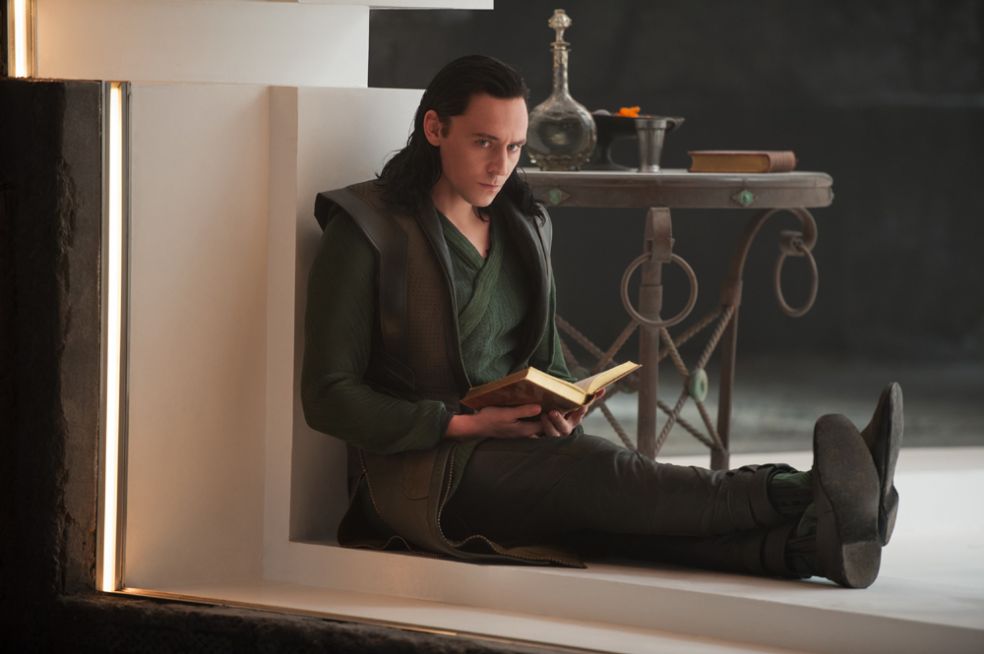