Director :   Brad Furman
Year Of Release :   2013
Principal Cast :  Justin Timberlake, Ben Affleck, Gemma Arterton, Anthony Mackie, Sam Palladio, Oliver Cooper, Ben Schwartz.
Approx Running Time :   91 Minutes
Synopsis:   A young Harvard grad-student becomes involved in an online casino business in Costa Rica, run by a smooth-talking Americn entrepreneur.
What we think :   Low-grade crime thriller about online gambling never capitalizes on its location or cast, which wastes a lot of potential with a whole slew of fabulous locations but no brains. Timberlake is easy to watch, has a natural screen charm, and does his best, and Affleck is fun as a business shark who tries to take the whole kitbag, but Runner Runner has zero momentum and almost no electricity, leaving it holding a bunch of bad cards and a pile of deep debts.

I feel sorry for JT, I really do. Timberlake’s career as an actor has been a whole lot of near misses and almost hits, although the occasional blip of mainstream (The Social Network) has kept him at least on the periphery of Hollywood stardom. It’s unfortunate, because he comes across as a really likeable guy, and I’m pulling for him to do big things on the big screen – he’s a superstar of the music industry, after all – yet audiences don’t appear to have taken to his acting prowess like it’s apparent he wants. The JT triple-threat, all singing, dancing and acting, is a fascinating combo, yet it hasn’t ignited the box office in almost every one of his films. Runner Runner isn’t about to do it for him either, mainly because when you boil it all down its a pretty average film (and I’m probably being kind), although the blame can’t be laid at the feet of its two leading stars; so TimJus is stuck between a rock and a hard place. He’s making crappy films hoping to build a Hollywood profile, yet because of those crappy films, he’s unable to achieve it. Not even Ben Affleck ruins this film, so I can’t even direct my ire at him, more’s the pity. So what makes Runner Runner just a rubbish nonsense, barely eking out any entertainment value whatsoever, when the two people front-and-center offer up the best part of it and come away almost blame-free? 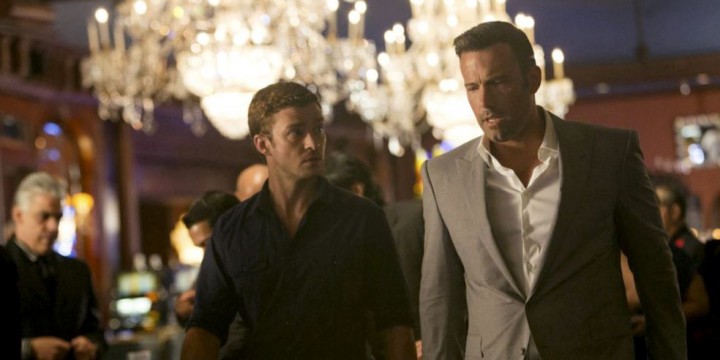 I keep saying it, but nobody listens. I’m Batman!

Richie Furst (Justin Timberlake) is a Harvard grad student, who makes a small living hooking fellow students on online gambling sites and taking a small cut. After the dean threatens to expel him, Richie tries to use all his money to gamble his way through the rest of the course, only to discover that the site is cheating, robbing him of his funds. Traveling to Costa Rica, to confront site owner Ivan Block (Ben Affleck), Richie ends up working for the slick entrepreneur, running the gambling site and making Ivan even more cash. Richie is approached by FBI Agent Shavers (Anthony Mackie) to become a mole in Block’s company, trying to blackmail Ritchie by vowing that he’ll never be allowed back to the US, and while Ritchie is initially loyal to Ivan, as the digging into the company’s background and operating methods reveals some less than legal activities. As pressure mounts for Ritchie to extract both he and his deadbeat father (John Heard), he uses Ivan’s ex-flame Rebecca (Gemma Arterton) to concoct a plan to save himself from spending a large amount of his future sitting in a Costa Rica prison. 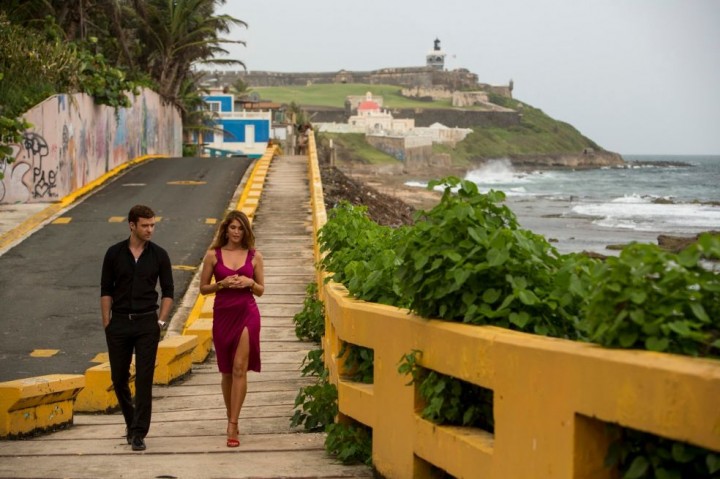 There’s a few things a good crime thriller needs in order to be a success. First, a good story – possibly one based on some real events, to add to the “that can’t be real, surely” feel these films generally aim at. Second, a good cast, Ocean’s 11 style, all having a grand old time breaking the law and getting away with it. Third, the intangible screen frisson that draws audiences in and provides the spark of life to whatever hockey plot the screenwriters have concocted. Lack any of these elements, and your films is – by and large – going to be lesser for it. Runner Runner has two of these things working in its favor, yet lacks the spark of life, the electric jolt a crime thriller needs to really attack an audience’s attention. The story, about a son-of-a-gambler trying to make it big in the online gambling world, is modern and relatable; aren’t you sick of all those online poker advertisements on the major blogs and websites? The cast are all razor sharp on this one – JT is not only easy on the eye, but manages to be humble and highly watchable in his role of Ritchie. There’s a vulnerability to Timberlake’s acting style, and honestly I don’t understand why the world hasn’t taken more of an interest in him. Ben Affleck, on the other hand, has built his career on performances raging from the scunge-barrel bottom (Gigli) to the excellent (Chasing Amy, Argo), and whether you accept his role as Batman or not, his performance here is bang on what the role needs. He’s a shark, a grinning slimedog who would sell his own mother to get what he wants. Affleck sells the part with ease.

So Snape is actually trying to protect Harry all along? Well f@ck me, I didn’t see that coming!

Even second-stringers like Gemma Arterton, as Rebecca, the ruby in the rough, is pleasant enough, while John Heard slums it as Ritchie’s bedraggled father (looking like he stepped straight off the set of Sharknado and into this film), Anthony Mackie has a ball as the FBI agent trying to bring Block’s empire crashing down, and the grab-bag of screen thugs and scumbags fills out a roster of Costa Rican skullduggery with the menace and criminality required. The film’s cast do solid work, and it’s hard to fault them when they aren’t the problem. The problem isn’t even really in the script, written by Brian Koppelman and David Levien; the screenplay has plenty to offer a viewer, dabbling in the internet-savvy and greedy online world of real money being fleeced by unscrupulous types advertising hope to the unfortunate, while facilitating a personal growth story for JT’s blank-slate Ritchie that probably doesn’t work as well as it could, but services the story well enough regardless. 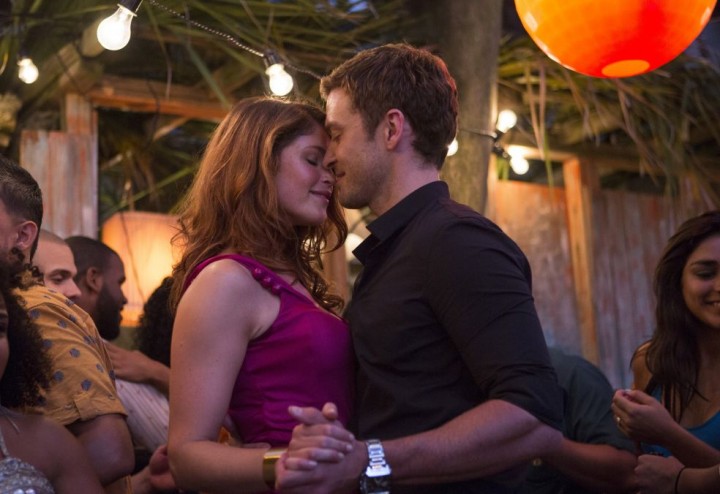 There’s a joke about sucking golf ball through a garden hose, but it doesn’t apply here.

The film’s direction is comprehensively workmanlike, from helmer Brad Furman (The Take, The Lincoln Lawyer), in that it gives us the violence, class and sexiness needed for a tropical crime thriller to play out. There’s no ostentation here, however, no flashy visuals to drive the aesthetic into glitz and glam, meaning Runner Runner has a gritty, urbane look that belies its undercurrent of superficiality. Furman’s direction isn’t bad, as much as he tells the story without any Michael Bay-esque orgasmic glee, but somehow in all the excitement of making the film, he manages to make a film without any excitement at all. It’s like there’s some kind of life-sucking beast removing any emotional investment out of it all, and I can’t fathom how that happened. Runner Runner’s pacing isn’t terrible, although it is a little on the slow side for a supposedly “action packed” thriller (hint, there’s not much actual action in this film); don’t hold that against it, because the story plays out with a pace that neither cripples nor lifts the film, so it’s not that. 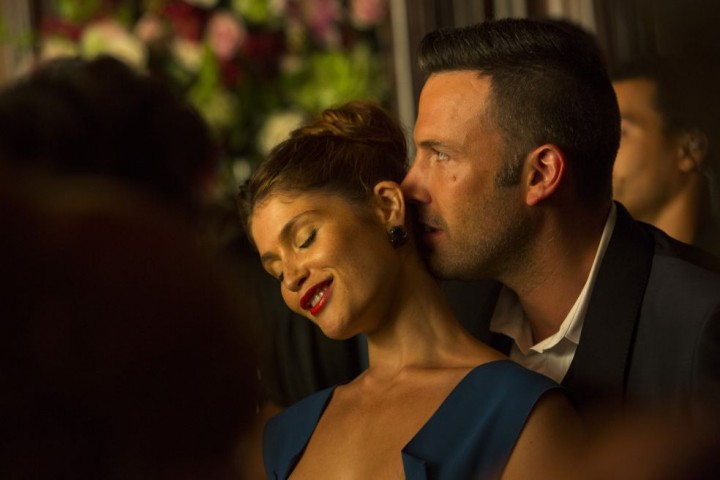 I bet you just want to know where my hands are going. Here’s a hint: south.

The single biggest flaw I could spot with Runner Runner, aside from the fact that it’s just an average film for some reason, is the high point of the film is watching JT get away with conning the conman. Even the conclusion, the inevitable “double cross” twist, lacks impact thanks to the film’s flat tone. There’s a lack of laughs, a lack of teeth to the plot that is probably the real reason the film fails to generate any real tension. The people in this film are largely unlikeable (JT excepted, of course) and behave appallingly, yet we’re expected to empathize with them and go with them on this journey towards redemption. While the cast are great, the characters really aren’t, so “enjoying” them is harder than one might have hoped for. When even the film’s involuntary love scene involves JT banging Gemma up against a hacienda wall, and badly, you know things aren’t progressing well. 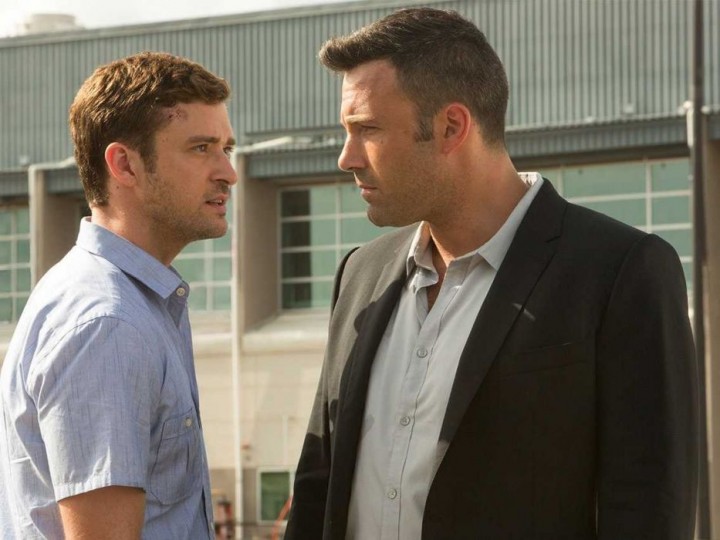 No, I’m definitely hotter than you, Ben. I’m resurrecting Myspace.

Runner Runner isn’t a great film. I can’t blame Timberlake, nor Affleck (which feels weird, because that’s an easy target generally), and hell even Brad Furman’s direction isn’t overly bad, but the film just didn’t seem to get going. There’s an empty, vacuous lack of energy to the movie, and it makes the whole enterprise a wasted opportunity. You could watch Runner Runner, or you could save yourself the trouble and watch a better film. It wouldn’t be so bad.