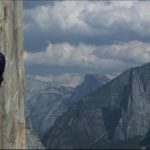 Director :  William Shatner
Year Of Release :   1989
Principal Cast :   William Shatner, Leonard Nimoy, DeForest Kelly, Laurence Luckinbill, James Doohan, George Takai, Walter Koenig, Nichelle Nichols, David Warner, Charles Cooper, Cynthia Gouw, Todd Bryant, Spice Williams-Crosby, Bill Quinn.
Approx Running Time :   106 Minutes
Synopsis:  Kirk and the crew of the Enterprise find themselves on the search for God after being taken hostage by a mysterious Vulcan prophet.
What we think :  The point in the Trek franchise where the original series characters went from straight-up sci-fi adventuring, and into metaphysical pondering, questioning the meaning of their existences. The Final Frontier has several memorable moments, and works best when the focus is on Kirk, Spock and McCoy, but otherwise it’s a fairly forgettable effort in the film canon, with an unwieldy “God” presence being both ill-advised and ill-explained as a Boss Level villain.

You know that old adage, about mixing oil and water? Or science and religion? Guess which one The Final Frontier never listened to. Go on, guess. A franchise as all-encompassing as Star Trek would, you’d think, be a great canvas on which to explore the old adage about science mixing it up with religion (or faith), but in William Shatner’s ham-fisted scripting (he wasn’t alone, but let’s blame him anyway!) and fairly disinterested direction, The Final Frontier collapses underneath a wall of metaphysical babble and unexplained logic. The core of the classic Trek crew remains in place, and at times the film shows us glimpses of the camaraderie the original cast all have with each other. Yet, in trying to attain a story worthy of a feature film, this film falls flat. The search for God probably wasn’t what Trek needed (or deserved, really), and obvious budgetary constraints with the film’s addled conclusion ensure the film’s legacy is one of a solidly missed opportunity.

Kirk (William Shatner), Spock (Leonard Nimoy) and McCoy (DeForest Kelly) are enjoying some well earned shore leave after the events of Star Trek IV: The Voyage Home, with Kirk climbing the face of a mountain in Yosemite National Park. When they are recalled by Starfleet to attend a hostage negotiation at a peaceful outpost on the edge of the Galaxy, they are walking right into the plans of a renegade Vulcan, Sybok (Laurence Luckinbill), with plans to locate the fabled “God” beyond the Great Barrier at the center of the Galaxy. With Kirk intent on stopping him, and McCoy and Spock seemingly powerless to the charismatic leader’s charms, it seems a confrontation with God is almost a foregone conclusion.

Famed in Trek-lore for its troubled production – which saw a complete action sequence finale re-written and re-budgeted to produce what can only be described as one of the worst Boss Level villains the franchise has ever conceived – and William Shatner’s continued plea with Paramount for more money to “fix” it, The Final Frontier is a largely underwhelming Star Trek feature film starring the original series cast. What’s even more amazing, aside from the obvious disinterest with which Paramount approached their tentpole franchise, is that The Final Frontier came hot on the heels of the runaway success of The Voyage Home (the one with the whales, casual viewers), a film which should have ensured Trek received a lot more credit from its parent studio than what Frontier eventually got. One has to feel for William Shatner, a man who embodied Trek more than just about anyone, who had to see his directorial efforts thrown away by a lack of funding from the studio, resulting in a film that far underwhelmed whatever experience he was aiming at.

The story seems rather quaint by today’s standards; a renegade Vulcan claiming to search for God at the center of the Galaxy hijacks the Enterprise and her crew, and embarks on a dangerous mission to find the deity. Quasi-religious themes aside, The Final Frontier set itself up to be controversial. After all, what would science say about the existence (or lack thereof) of God? The end result, be it from the screenplay’s inadequate musings on the matter, or Shatner’s inability to actually articulate it well enough on the screen, is mitigated by some shoddy visual effects, and a tangential storyline featuring some Klingon’s that goes nowhere. The set-up for the film had potential, but that potential was squandered.

Horrible ending aside, the film does have some nice moments. Most of which revolve around the key trio of Kirk, Spock and McCoy, all of whom have undergone some major character development over the previous three films. Bookend scenes with the trio engaging in repartee around a campfire in Yosemite are nicely filmed, and really harken back to what makes Trek so fundamentally great. The rest of the Enterprise crew are treated with the same limited-ensemble attitude as usual – Scotty screams and moans about “his’ ship, and has a moment or three of slapstick to make audiences laugh, while Uhura has a weird sub-plot about being secretly attracted to Scotty (and that’s just icky), while Checkov and Sulu provide expositional pivots through which zero emotional attachment travels. The pair-of-comfy-slippers way the main cast all engage with each other is as gloriously entertaining as always, but in this film it’s too scattered throughout the rest of the film’s problematic themes and sequences.

Frontier’s chief villain, Sybok, is well played by Laurence Luckinbill – even though his character feels significantly 2 dimensional, no matter how much Spock might murmur about him being some long-lost half-brother. Luckinbill does a good job with the role, imbuing Sybok with a sincerity and characteristic zeal that the role needed to work against Kirk and his crew. The ultimate in faith, versus the ultimate in scientific knowledge. While the end result probably swings too easily Kirk’s way, at least there’s an effort being made by Shatner and his team to give the concept some credence. Regardless of your indifference to Sybok’s claims and motives, there’s no denying that the finale, which sees Kirk, Spock, McCoy and Sybok all confronting a “God” figure on a desolate planetoid in the center of the Galaxy, is irredeemably lame. The disembodied head of George Murdock appears as “God”, which turns out merely to be yet another malevolent spectral force for the Enterprise crew to take down. There’s no tension, no sense of occasion (even the set design here, which looks weirdly like some giant’s skeletal ribcage, is inadequate) and the lack of explanation for it all is baffling to the extreme.

Visually, the film lacks the polish of past Trek outings. Sure, the Enterprise is as sweet as always, and the Klingon Bird Of Prey which features heavily in the opening half delivers some nice close-up model-work, but the bluescreen and compositing work is – and I’ll be brutal here – terrible. Someone should be ashamed they made people pay to go see this in the cinema, it’s that bad. Perhaps Harve Bennet, who is spotted in a cameo as the Starfleet officer Kirk gets his orders from, should have spent more time actually producing more money and less time getting face time! Understand, one can’t lay all this at the feet of poor Shatner, encumbered as he was by a studio unwilling to sink money into it, but even so, the effects are pretty average at best here. An opening Lawrence Of Arabia homage shot, where Sybok rides on horseback into frame, is cluttered with animated “windswept dust”, and is jarring considering the effects of today. An aside – is it just me, or is the “Paradise” label on the front gate to the desert outpost on Nimbus III done in a vaguely Return of The Jedi-type font? The Paradise bar, which is yet another “wretched hive of scum and villainy” and sees plenty of violent, recalcitrant aliens up to no good, only adds more fuel to the fire that Shatner was secretly trying to have a shot at Lucas’s then-finished Star Wars trilogy. Either that, or channel some Paul Verhoeven, after including a three-breasted dancer in the Paradise bar.

The real positives to come out of Frontier’s failings are two-fold – a scene involving Sybok and McCoy aboard the Enterprise, where McCoy has a vision of his dying father, whom he euthanizes, and Jerry Goldsmith’s magnetic, magnificent score. Nobody could write Trek scores like Goldsmith, and it’s a treat to simply close one’s eyes and listen to the familiar themes. I still don’t understand why Abrams didn’t use his magnificent Trek title theme for the rebooted movies.

The Final Frontier was probably the death-knell for the franchise, and you kinda got the sense that the original crew needed to deliver another success for the feature-film division to keep going. The Next Generation crew were already on the small screen by the time this film came out, producing better single-episodes of television than this film could muster in its entirety; it would take another original series crew feature to come along (in the form of The Undiscovered Country) before Paramount would decide to go in a different direction. As it stands, there’s only a little to really recommend about The Final Frontier – seeing the lead triumvirate once again engage in their witty banter, and Scotty’s deadpan schtick – otherwise it’s a largely forgettable, cursory Trek venture best left to the die-hard fanboys. 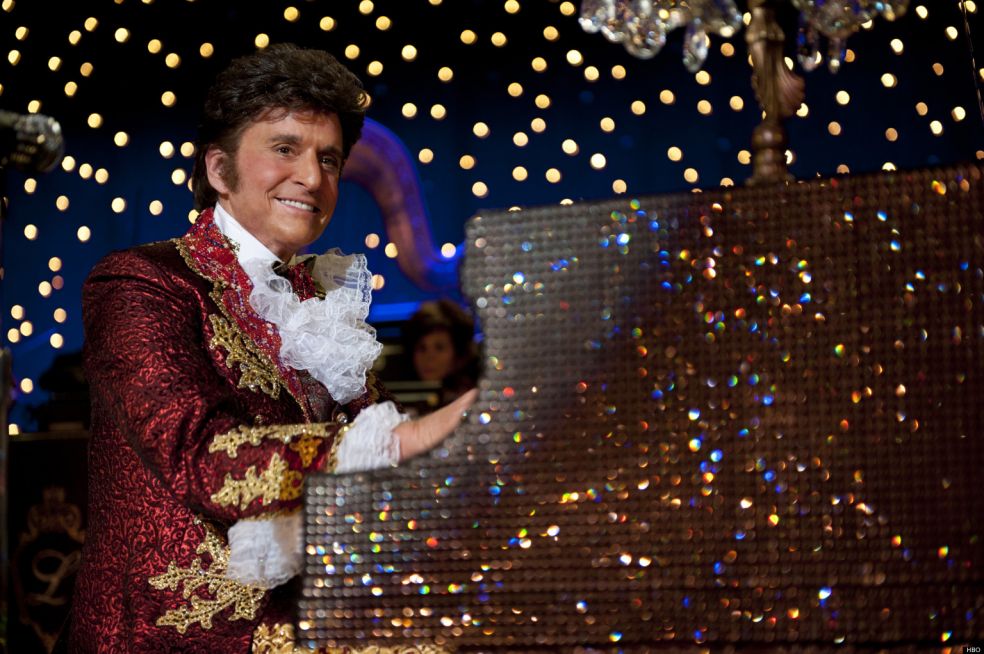