Director :  Jonathan Levine
Year Of Release :   2013
Principal Cast :  Nicholas Hoult, Teresa Palmer, Rob Corddry, John Malkovich, Dave Franco, Analeigh Tipton, Cory Hardrict.
Approx Running Time :   97 Minutes
Synopsis:   R, a zombie living in post-apocalypse America, meets a girl and falls in love. She, on the other hand, is initially repulsed by him, although as their relationship develops she finds herself being somehow drawn to him.
What we think :  The first Rom/Zom film I’ve ever seen, ticks all the boxes for the meshing of genres, and delivers a cute-as-a-button romance that shouldn’t work at all. The finger-clicking soundtrack and the wry, irony-infused humor, coupled with Jonathan Levine’s solid direction, makes Warm Bodies a surprising treat that should be enjoyed by everyone. If you enjoyed Shaun of The Dead, you’ll enjoy this one.

When you think of zombies, what’s the first thing that comes to mind? Decaying flesh? A slumped, stumbling amble? The desire to eat humans? Braaaaains? Whatever you think of, almost certainly it’s not that a zombie should be front and center of a romance flick, I’d wager. Warm Bodies contradicts this, by being the first (to my knowledge) film to be categorized as a “rom-zom” (as opposed to a rom-com), in which a zombie guy and a human girl form an unlikely relationship. If you’re put off by the icky implications of such a relationship, let me be the first to assuage those fears: Warm Bodies doesn’t make a big thing of the physical limitations of the traditional zombie, and the romantic elements are handled with class and humor – we know a relationship with a zombie would be hard to…. consummate, but Warm Bodies never goes there (and neither should you, filthy mind!) and it’s a testament to the entire production that the film works as well as it does. 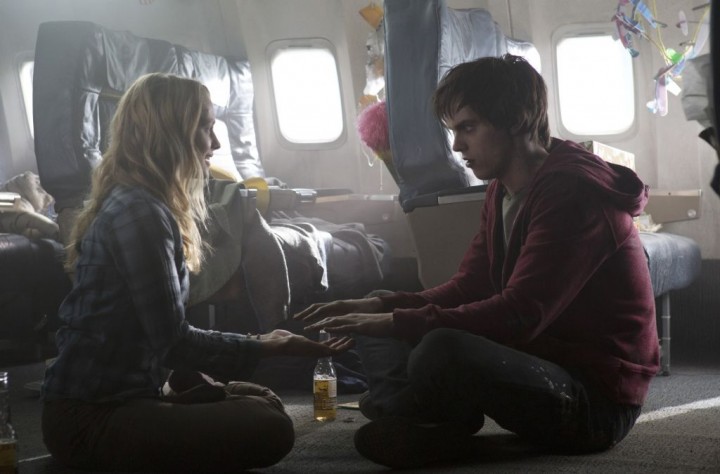 I have to say, I didn’t expect you to be this sensitive.

Synopsis courtesy Wikipedia: After a zombie apocalypse, R (Nicholas Hoult), a zombie, spends his days wandering around an airport which is now filled with hordes of his fellow undead, including his best friend M (Rob Corddry). R and M achieve rudimentary communication with grunts and moans and occasional near-words. As a zombie, R constantly craves human flesh, especially brains, as he is able to “feel alive” through the victims’ memories he experiences when he eats them. While R and a pack of zombies are out hunting for food, they encounter Julie Grigio (Teresa Palmer) and a group of her friends, who were sent out by Julie’s father (John Malkovich) from a heavily-fortified, walled-off human enclave in a nearby city to recover medical supplies from abandoned buildings. R sees Julie and is drawn to her. After being shot in the chest by Julie’s boyfriend, Perry (Dave Franco), R kills him while Julie is distracted, and eats his brain, giving R his thoughts and memories, making his attraction to Julie even stronger. He rescues Julie from the rest of the pack and takes her back to an airplane he lives in at the airport to keep her safe. The two bond, causing R to slowly begin to come to life. After a few days, Julie gets restless, and tries multiple times to return home, yet attracts swarms of zombies every time, requiring R to rescue her. After fending off a group of zombies, including M, who is confused by R’s actions, R decides it is time to return her to the human enclave. As they travel, R realizes that through the feelings he’s having towards Julie, he is starting to come back to life – and this effect has worn off onto the other zombies within the city. Being pursued by Bonies – more extreme, violent zombies, who have forgone their human appearance – R and Julie must make a desperate plea with Julie’s father not to kill the zombies due to their apparent “cure” from their current state. 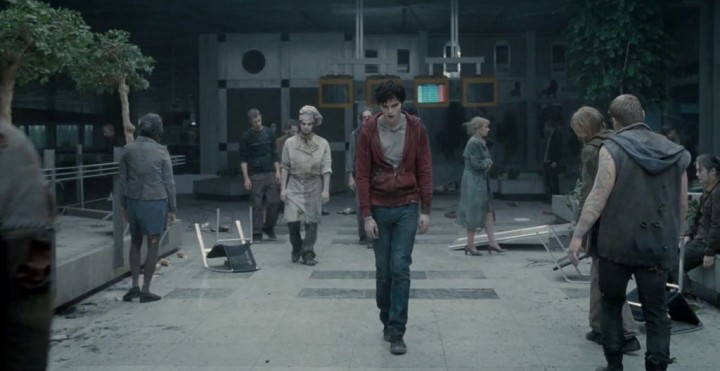 And you thought your day was going badly….

You know a film’s working for you when you find yourself chuckling at the funny bits, awww-ing at the romantic bits, and giggling through the action bits. This happened to me during Warm Bodies, a film I’d heard a lot of positives about but never found the time to watch. In essence, the film stuck me just right. The mix of comedy and romance, of action and thrills, is almost spot on (the opening twenty minutes feels a little stretched, but otherwise it’s good), and while comparisons between this and that other great modern zombie film, Shaun Of The Dead, might eventuate, Warm Bodies stands on its own as a great film. The film is based on the novel Warm Bodies by Isaac Marion, and I’m pleased to say that the normal curse of book-to-screen transition being a let-down is not the case here. Newbies to the film will be surprised to learn that the story is told primarily from R’s perspective, with his reactions and feelings about what’s happening opening like a flower as he starts to “come back to life”. This allows for a larger sense of comedy, as the humorless and otherwise zombiefied R ambles about his airport, reporting on life as a walking corpse as if it was a travelogue. 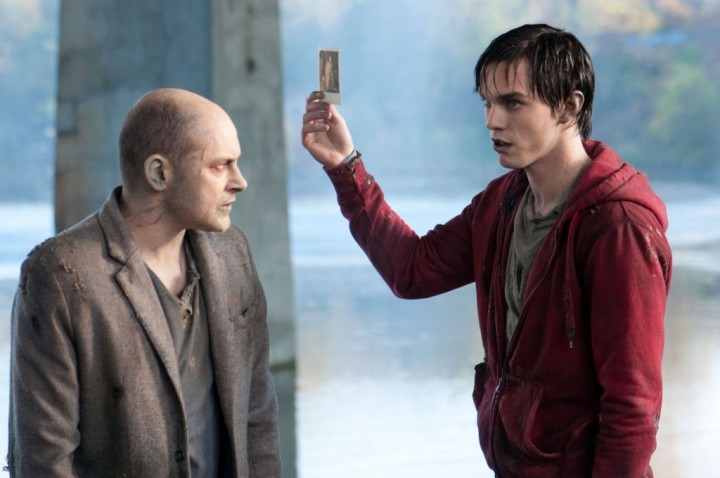 And this one is a special foil card, worth at least a hundred bucks if you find it in mint condition…

The film’s primary joy is in its script, written by the director, Jonathan Levine. It’s a wry, alternately joyous and melancholy examination of what it means to be human – alive, even – and while the film doesn’t dig to deeply on this for the most part, there’s enough weight to the underlying message to peek through the crack from time to time. The way Levine uses R and M, and their gradually increasing vocabulary as they revive, to further both the comedic and dramatic elements of the film is wonderful, aided by a terrific Teresa Palmer. Palmer brings a breezy, refreshing sense of light to the darkness of zombie America; she reminds me in this film of Alice Eve’s role in She’s Out Of My League, or Reese Witherspoon in Cruel Intentions. Palmer’s got a terrific sense of screen performance, knowing just how far to take the character into both the funny moments, the dramatic, and the emotionally wrenching. Warm Bodies wouldn’t be classed as a “heavy” dramatic film, though, but Palmer imbues her character with just enough of everything to make her a believable person, and take us on a believable journey. 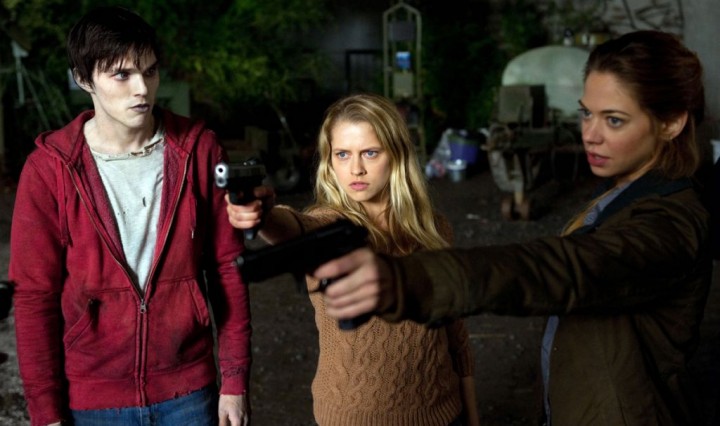 Sorry, but these guns say we do.

Nicholas Hoult (X-Men: First Class), as R, has a more difficult task in the early going of this film; as a zombie, he’s restricted in movement and dialogue (mainly grunting and basic single-syllable words) and must emote every thought with his face. Hoult’s certainly convincing as the film’s “hot zombie”, with every expression and shrug of his zombie shoulders he endears himself to the viewer more and more. As hard as it might seem to make an undead, flesh-eating zombie monster into a sympathetic leading figure, Levine and Hoult navigate this treacherous water with skill. Had Hoult’s performance not worked, the whole film would have collapsed around him. Rob Corddry is surprisingly restrained as M; I’m not Corddry’s biggest fan, and tend to think his comedy lands somewhere akin to Adam Sandler a lot of the time, only without the crass idiocy, but in Warm Bodies I actually (and please forgive the bad pun) warmed to his character. Bit roles to Analeigh Tipton (she was the daughter with a crush on Steve Carell in Crazy Stupid Love) as Julie’s friend Nora, Dave Franco (who is given less to do here than in his part in 21 Jump Street) and John Malkovich (in a slightly demented father-figure role, something he could do in his sleep) add spice to the film, which mixes whimsy with outright action in a successful one-two punch that is a delight to watch. 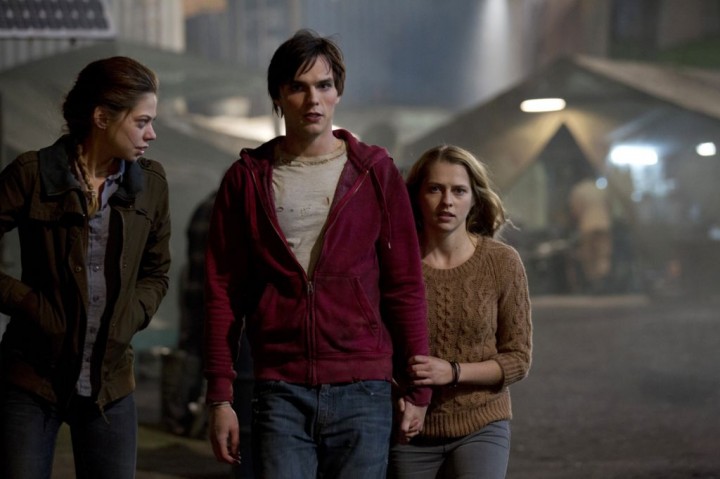 Man, you look hot for a dead guy!

The thing about Warm Bodies is that it turns the normally monstrous zombie into a sympathetic creature – a feat I didn’t think could be achieved, considering all the other zombie movies paint them as rabid, unrelenting killing machines with no soul, it’s nice to see that changed up a little this time around. The opening titles, which evoke a 50’s romantic sitcom, set the mood perfectly – the counterpoint between romance and walking corpses has never been more stark. Jonathan Levine’s (50/50) direction is fluid, smooth and at all times assured, and although his use of subtext is limited (that I could see, aside from one obvious moment of humor regarding the cliched zombie movie conventions) he delivers an elegantly made film indeed. Aside from the script and the casting on this film, key to its moody success is the use of pop songs within the soundtrack. Much like Almost Famous’s iconic soundtrack, Warm Bodies makes judicious use of some terrific songs throughout its running time, in a way that will bring a smile to your face (even Roy Orbison gets a half-shot here) and a tickle to your funny bone. Marco Beltrami’s thunderous orchestral (electronica?) score backs up the pop-song music cues with tension and action, heightening the moments of zombie madness and providing solidity to the on-screen activities when needed. And I should also give a shout out to DP Javier Aguirresarobe’s  (Twilight Eclipse + New Moon, The Five Year Engagement, The Road) superb cinematography – this film looks amazing: even in darkness and shadow, the atmosphere here is wonderful. 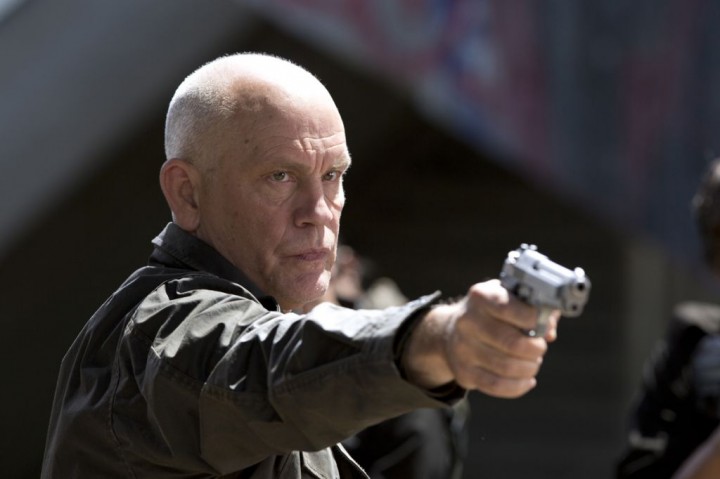 This movie just confuses me.

Warm Bodies is one of those striking films you’ve never seen that you really should. It slipped under most folks’ radars, and that’s a sad state of affairs – it’s a film deserving of everyone’s time, male and female alike. The boys will have fun with the zombie angle, while the girls will coo and gaa over the romantic moments, making this film a rare instance where both sexes can appreciate and enjoy it together.  I had a lot of fun with Warm Bodies, and it would be a hard-hearted person not to feel the same way, so if my opinion means anything to you at all, you’ll do yourself a favor and check this one out.