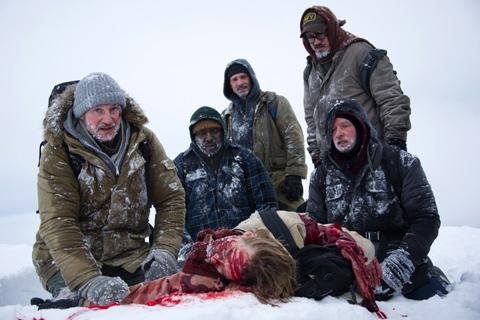 Grim, bitter direction from Joe Carnahan is the key reason for me not enjoying this film – don’t get me wrong, it’s a pretty good film, and packs a bit of a wallop from time to time, but I just didn’t get “into” it as much as I think I should have. The ice-bound locale, the horror-film scares of the attacking wolves, and the lack of quality character building (even for Neeson’s character) ensured a film as isolationist as it is about isolation. It’s a hard film to categorize, and I’m inclined to say I felt ambivalent towards the whole thing, but I’d be writing The Grey off as simply another Neeson action misfire when there’s no real need to. It’s a quality production, it’s just not one for all.