With the exception of one film particular film, I’ve generally been in agreement with whichever film the Academy of Motion Pictures Arts and Sciences awards the Big One to each year. Normally, they get it right, or close enough to right that it doesn’t really matter. With the one exception*. The King’s Speech, however, remains a bafflement. I sat down with my good wife, the gorgeous Lisa T, to watch The King’s Speech; with an expectation, I suppose, and I admit my expectation wasn’t met – leastways, not by the film I saw. I wish to preface this review by saying that when you boil things down to brass tacks, British films are generally of a higher calibre overall than much of the dreadful pulp excreted by the Hollywood boffins on a daily basis – that’s my opinion and I’ve yet to be proven wrong. That being said, even when the British guys have an “off day”, they still manage to make many of the Hollywood stuff seem second rate – take The King’s Speech, for example. It has no explosions, it has no money-shot visual effects to speak of, there’s no fisticuffs or weapons being discharged, yet it remains a completely entertaining piece of filmed storytelling, a well crafted piece of narrative with acting performances never once being less than exemplary. It’s a dramatic piece, even if much of the drama is derived from one man’s inability to spit out his words fast enough for the public not to ridicule him. The cast, most of whom won massive praise and reaped many an award for their work, are indeed exemplary here, Firth in particular. Why, then, did I feel so ambivalent towards the whole thing?

It’s 1930’s England, prior to the outbreak of World War II, and the son of incumbent monarch King George V, Prince Albert (Colin Firth), has a major problem – his stammer, which prevents him performing many public duties. After seeing a number of different medical professionals to counteract his stammer, Albert’s wife, Elizabeth (known to us now as Queen Elizabeth II’s mother; the Queen Mum, and played here by Helena Bonham Carter) seeks out the services of Lionel Logue (Geoffrey Rush), an Australian living in London who works on speech pathology – the correction of speech problems. Albert must face intense public scrutiny with the introduction of radio technology, a new way of communicating with the public that forces him to confront his fear of public speaking. After the death of his father, King George V, Albert’s brother Edward becomes King, although his intent to marry twice-divorced American socialite Wallas Simpson envelopes the monarchy in a constitutional crisis. As head of the Church Of England, the monarch if expressly forbidden from marrying a divorcee who’s previous partner is still alive, and Simpson has two of them. This forces Edward to consider abdication, a suggestion which paralyses Albert, since he himself would then become King of England. Plus, the onset of War also forces the monarchy to increase its role in public life, to give England hope against the oncoming evil.

When you watch a film, whether  you’re a serious critic, casual observer, or rancid pollop of pus living on a scab, you expect to be entertained in some way: entertainment comes in many forms, be it anger, frustration, elation or empathy; you expect to be moved in some form or another by what transpires on screen. The characters should be well written, or if not well written, at least with some sort of characteristic that makes them unique to your viewing experience. The story should engage you, whether its about giant robots or the end of the world or even, god forbid, a story about a historical event told with a sure hand and a keen eye for observation. Good characters + good story = good film, right? Sure, but sometimes you get a film like this. A film which has every right to win a Best Picture nod from every major award shoveler in town, and does, yet still feels like a bigger-then-normal made-for-TV episode of The Tudors or something.

Colin Firth’s portrayal of Prince Albert, the soon-to-be King George VI, is absolutely first rate, and I for one was glad to see him score the acting gong at the Oscars for it. Firth delivers the frustration and anger at Albert’s inability to speak properly with convincing authenticity, although whether it borders on impression on impersonation remains to be seen in the course of time. Whichever the case, Firth’s performance is both heartbreaking and exquisite. He’s more than ably backed up by Aussie Geoffrey Rush, as Lionel Logue, a larrakin and failed actor who (perhaps gladly) takes it up to Albert and his notion of propriety and brings out a change in him. Rush and Firth dueling verbally on-screen is actually a match made in cinema heaven, and the script (by writer David Seidler) is more than up to the challenge of providing some worthwhile material. Helena Bonham Carter delivers one of her most nuanced and finest performances to date as the future Queen Mum, a far cry from the screeching horror she’s forced to produce in the Harry Potter series. Personally, I think it’s her performance here which should have scored the Oscar. Co-stars Timothy Spall, as Winston Churchill, and Michael Gambon as King George V, provide great performances, whilst fellow Aussie ex-pat Guy Pearce produces his most empathetic role as Edward, the King who would abdicate. Pearce does transition from family-minded son to party-hard playboy fairly quickly, although this is more to do with the script necessitating a time compression (and the film isn’t about him anyway) than a problem with his performance. And Eve Best does more in one scene as Wallis Simpson than many actors do in an entire career – she’s loathsome as Simpson, the woman who comes between Edward and the throne. Whether this is an accurate portrayal or not I’m not sure, but it’s definitely effective.

The film spends a great deal of time in the sessions between Albert and Lionel, and much of that is spent showing the variety of exercises, success and failures of them as well, which Albert undertakes. The emotional impact of Albert’s affliction, through which communicating with everyone is a staggering chore, is well portrayed, with Firth delivering a captivating performance on that front, and I believe it’s this narrative hook with which director Tom Hooper seeks to capture our attention. Capture it he does, for the majority of the film, as Albert seeks to overcome his affliction before his public appearances and speeches must, inexorably, increase. Dealing with pressure from the Government, who are seeking the abdication of Edward, and his own internal struggles with his family (he is, after all, a British monarch, and emotions are generally frowned upon), Albert has a difficult time trying to balance his time with Lionel and getting the job done, so to speak. The political byplay surrounding Lionel and his ministrations to Albert are touched upon, however they do not overrule the central story of two men trying to overcome a sensitive affliction. The central issue that I see in this films script is that, as a byproduct of the royal characters within the story, emotion isn’t really dwelt upon, and unfortunately, this reticence to show any genuine emotion (except for Albert, whose anger boils over from time to time, with hilarious results) leaves me as a viewer somewhat cold to the characters as a whole. Rush’s performance is the warmest of the lot, yet even he can’t save this film from becoming yet another frustratingly vacant emotional vacuum with people we can’t associate with. I’ve mentioned this in previous reviews about period films covering the monarchy: the characters are so socially conformist that deviation from their path is inevitably intransigent, and an intransigent character is utterly predictable. Which leaves no room for movement,  if you follow my meaning, in a persons character.

Yes, even though the film has the talent and class behind it to make War And Peace look positively bohemian, The King’s Speech didn’t resonate with me like it did many other critics. Sure, I can sit here and find nice things to say about it – the cast and crew all did an admirable job, and the film deserved most of the acclaim flung its way, but the core of it, the very emotional nature of what it is to be afflicted in such a way and then to struggle through it like Albert managed, lacks the king-hit gut-punch the film deserved. There’s no real build up, no tension (save that which Albert brings upon himself) and, in the end, the final release of emotion is limited at best, thanks to an ambivalent screenplay- a screenplay which seems to be afraid to break with convention. Still, is it an admirable trait to conform to convention even in the face of certain death or embarrassment? Perhaps, but in today’s modern age, this doesn’t resonate with me. It just annoys me. 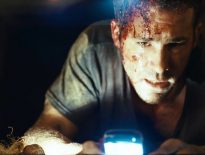 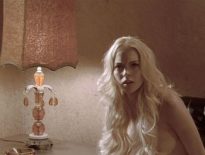