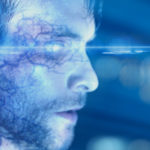 Director : The Brothers Strause
Year Of Release : 2010
Principal Cast : Eric Balfour, Scottie Thompson, Brittany Daniel, Crystal Reed, David Zayas, Daniel Faison, Neil Hopkins.
Approx Running Time : 94 Minutes
Synopsis: Aliens invade, and a group of civilians must fight to save themselves against being captured by the vicious extra-terrestrials. Special effects continue.
What we think : Skyline is a perfect example of what happens when you give two dudes better suited to special effects the controls to an entire film and expect Citizen Kane. Effects aside, this film is a debacle from beginning to end – and that end is pretty damn stupid.

Watching both Skyline and Battle: Los Angeles in the same weekend was certainly interesting – both films have copped their fair share of criticism from across the board, some earned and some perhaps not quite so warranted. I watched Skyline after Battle: LA, but felt the need to review the former first, because my initial thoughts on what the Brothers Strause delivered was so vivid from the get-go. Skyline is a terribly scripted, terribly plotted, and terribly acted film in every sense. Yes, the special effects are special, I’ll admit, even if the handling of them is uneven to say the least, but the central plot of the film, which is eerily similar to the more recently released Battle: Los Angeles, is a dog of a thing. Warning: minor spoilers ahead. Read with caution.

Alien craft descend on Earth, with enormous blue lights sucking the entire population of Los Angeles up into the giant ships without any warning whatsoever. The alien menace is both unwavering and unstoppable: not even a nuclear weapon detonation can halt the inexorable removal of humanity from the surface of the Earth. For what reason we’re being taken, we don’t know. A group of people trapped inside a multi-story building must try to survive the alien apocalypse, with limited weapons and a complete lack of intelligence. Why is it that every time in the face of certain alien doom, people revert to common cliches of screaming at each other with a variety of stupid ideas to escape? Jarrod (Eric Balfour) and his pregnant girlfriend Elaine (Scottie Thompson) arrive in LA to party with Jarrod’s best friend Terry (Donald Faison), as a precursor to perhaps working for Terry at his special effects company. After a rousing night of celebration and arguments, the blue light arrives the next morning and proceeds to suck people up into the enormous alien crafts hovering above: Jarrod, Elaine, Terry and Terry’s girlfriend and assistant all try to escape, with a degree of success only outmatched by the fact that people die in the process. The hopelessness of the situation begins to dawn on them all after witnessing the US army detonating a nuclear weapon at one of the alien motherships, only to find that while temporarily disabling it, the alien force seems indestructible and able to rebuild themselves from any damage.

A friend of mine, Matty Robinson who resides over at iMatt’s Cavern, had this to say about Skyline: “The Americans, and this is what I love about them, within 48 hours they already decide to just nuke the mothership. Fantastic! Very pretty to watch. You can’t go wrong with explosions.” Yes, you can’t go wrong with explosions, and Skyline has plenty of them. Problem is, Skyline seems more of an excuse to have explosions and less an excuse to examine any realistic human reactions to a stressful situation. The Brothers Strause, Greg and Colin, are renowned effects gurus and music clip directors, best known for their CGI work on films such as 300 and Terminator 3: Rise Of The Machines, and here they have a chance to flex their creative muscle and deliver what could have been a taught, sharp effects film that rocked out in the best Hollywood tradition. Unlike Alien vs Predator: Requiem – which sequelized the Paul W S Anderson original – the first feature film they directed, Skyline is a completely original work from them, and you’d think that fact alone would allow for, I don’t know, better storytelling. AVP:R bombed big time, and deserved the critical mauling it got, and you’d think the Strause Brothers would have learned from that experience and tried something different. They haven’t.

The plot from Skyline is hardly unique (and if I’m to be fair, neither is the story from competing “alien invasion” flick Battle: Los Angeles) and the characters represent the typical cinematic cliche’s we’ve seen countless times before. The square-jawed hero and his girlfriend (neat twists, this time she’s carrying a child, which I think we saw in a little film called Alien 3!), mixed with the random racial and social stereotypes from across the American landscape, having to band together (and resolve their differences) and fight the alien menace. Unlike popcorn trifles such as Independence Day, which stuck its tongue firmly in its cheek, Skyline approaches this material with a sense of heavy handed seriousness, and removes any and all fun of the thrills to be had. Alien menace, check. Belligerent antagonist human, check. Vapid skanky slut character who meets a grisly end, check. Overkill US military retaliation, check. Just about every sci-fi cliche in the book plus a few new ones, are trotted out in Skyline’s slap-dash approach to all things cinematic. The Brothers Strause have the subtlety and nuance of an epileptic seizure directing this film, and within the first ten minutes you just know you’re watching a complete mess of a film.

The scripting, the acting and some of the editing in Skyline is, to be blunt, piss poor. The characters are forced to spout some of the most cringe-worthy dialogue ever heard in a major cinema release: this stuff is so bad it makes a Roland Emmerich film look like Shakespeare. Eric Balfour, whose main claim to fame is bit-parts in films and TV shows, is about as convincing in the role of leading hunk as Gary Oldman might be playing a celibate priest. He’s unable to emote beyond a scowl, his character traverses a narrative arc similar to Spot Goes To The Park and his “relationship” with Elaine seems to be based purely on sex, because they have nothing else to keep them together. Scottie Thompson (Aussie audiences will recognize her as Jeanne Benoit, the daughter of Armande Assante’s criminal kingpin from NCIS) is out of her depth as the poorly written Elaine, and former Scrubs star Donald Faison is given short thrift as the vacant and slimy Terry. Dexter star David Zayas is convincing as the building’s concierge, Oliver, but his descent from semi-credible human being into out-and-out crazy person takes as much time as lighting a cigarette. The acting is, for want of a better word, shit. None of the actors come across as convincing in their characters, perhaps a scenario provided by a dearth of development in the script. The Strause boys seem content to have stock characters going through the motions just so they can get to the alien carnage quicker, which they do, but it hamstrings the film for emotional impact. At the end of the day, we just don’t care if these people live or die, because they are meaningless people living meaningless lives, before being obliterated (perhaps thankfully, this film only runs some 100+ minutes) in a blaze of blue special effects.

Speaking of effects, the film sure does look pretty. The Strause Brothers have taken a leaf from James Cameron’s playbook and given the alien invasion a color scheme of royal blue, which always photographs well on film. Shot anamorphically, the Brothers seem intent on pointing the camera into a direct light at every opportunity, in some sort of intentional artistic “invention”, but it comes off as annoying after the first five minutes. The blue lights limit the clarity of what we’re seeing because we’re blinded by rays of brilliant extraterrestrial effects at every turn. Yeah, that’s interesting, for five minutes. The boys do know how to use effects, generally, as they’ve proven in films they’ve provided for in the past, but they seem unable to “direct” a film with effects – there’s a difference between a film using effects to tell a story, and a film using effects as the story – and Skyline is a prime example of how stupid a film can be when the focus is entirely about the effects.

But the worst part of this film, and Matt alluded to it in his review, is the ending. In what could only be the product of a lack of ideas, the Brothers Strause have decided to end their film in the middle of what would normally be a key money-shot in any other film. Bam, roll credits. According to Wikipedia, the Brothers have decided that Skyline is only the first in a series of films, so one could surmise that perhaps they’re giving themselves a pass for this ending to “continue the story in another film” – which is pretty much like punching an audience in their collective faces and asking if they like it. Sorry dudes, once bitten, twice pissed off. Skyline has an ending that just wants to you hate it; it’s terrible, derivative and completely undermines whatever small enjoyment you’ve had in the previous 90-odd minutes. Guys, seriously, you need to give the audience more than a tacit “to be continued” ending – at least we knew Back To The Future II would be continued – and we knew Return Of The King followed on from Two Towers, but what possible sequel could be made for Skyline? The ending is so mind-bendingly stupid, so awe-inspiringly vapid, so eye-gougingly awful, you kinda hope the negative reviews and lack of commercial success would mean the Brothers Strause would never make a sequel – or another film of any kind – ever again. The final five minutes of the film, in which Jarrod becomes some kind of alien/human hybrid, and Elaine becomes trapped inside the bowels of one of the mothership craft, and left unharmed because she is carrying a child (why this is important to the aliens, we are never told – we assume it so they can appreciate the joy of human puberty in about thirteen years) is little more than an unnecessary coda to an otherwise mediocre film, and it’s a stretch as to why we should even give a shit. Perhaps had they ended the film with the main cast all being sucked up into potential oblivion, you could take some melancholy hopelessness away from the film as a final afterthought, but the after-the-bright-light coda just reeks of scriptwriting mediocrity.

Skyline is a terrible film in every regard save one – the visual effects. The acting is appallingly bad, the scripting equal to the task of making you squirm in your seat, and the casting of Eric Balfour as the lead actor is like putting Sarah Palin up as President Of The USA: a complete waste of time. *mind you, that would be funny. There’s nothing redeeming about this film except its reliance on visual effects, all of which means the film is as vapid and meaningless as the Star Wars prequels. It’s style over substance, and very little substance at that. The Strause Brothers should learn from this that they’re making films with no long term artistic measure at all, films that will no doubt end up coming back to haunt them when they arrive at the front gates of Hell. I’ve thus far resisted the urge to compare Skyline to Battle: Los Angeles, a film which is seen as its main competition, but I think the comparison is unfair even to begin with. Battle: Los Angeles at least had some semblance of a story, and had characters who you could give a crap about. Skyline does not, and as such, is a film devoid of the life the aliens are trying to extinguish. Avoid Skyline if you can, and watch it only if you must. 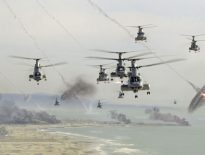