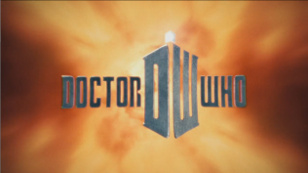 Not many people would be aware of this, but I love me some Doctor Who. I first encountered the Doctor and his TARDIS back in the mid-80’s at school, when I started reading the Target novelisations on his adventures, and then tuned in to the show on TV. My first memory of Doctor Who is the Tom Baker serial “Meglos”. From there, I’ve always had a soft spot for the wandering Time Lord. I, along with many, were enchanted and overjoyed with the 2005 reinvention of this classic series, and have enjoyed the saga continuing ever since. I thought Chris Eccleston, as the Ninth Doctor, was okay, but the series really took off with David Tennant’s toothy, cheerily intense portrayal. Now, we have our first look at the latest guy to take up residence in the blue Police Box, Matt Smith.

Thanks to the power of the Internet (here in Australia, only the opening episode has been broadcast at this time), I’ve had the chance to see the three broadcast episodes (at the time of writing) so far, up to and including the latest, “Victory Of The Daleks”, and I have to say, while the adventures themselves are a little off-kilter, Smith’s portrayal of the Doctor is excellent. His companion, Amy Pond (played by Karren Gillam) is sexy hot, a great contrast to the new Doctor, and I look forward to their continued adventures together.

I’d like to offer a congratulatory doff of the cap to the current production team (led by Who legend Steven Moffat!) for continuing to bring the Doctors exciting adventures to the screen.