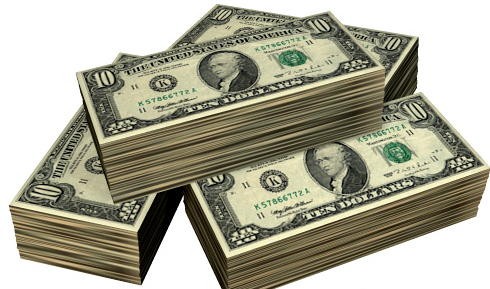 For a long time, the line has been blurred. No longer.

From the land of complete crazy (the USA, folks) comes word that Bloggers must now disclose if they take payments for reviews they write, be it for film, television, book or music (in fact, anything). In a similar vein to the Cash For Comments scandal that overtook John Laws a few years ago here in Australia, where Laws was found to have taken cash for favourable comments on products he was supposed to be spruiking, which engendered a little wrath from the public since it was seen as a contravention of Law’s responsibility as a broadcaster, blogging has now taken over as one of the preeminent advertising mediums on the planet. Almost world-wide advertising can be obtained by favourable reviews of product on a popular internet website. Films, for example, can be reviewed on high visibility websites such as Ain’t it Cool News and Rotten Tomatoes, yet how do we know that the people writing them to such a large audience aren’t being paid to perhaps shine us on a little. After all, what have major studio’s got to lose by getting those with large viewing audiences to give their product a good rap, regardless of actual feelings towards it? A website such as those mentioned have a fair degree of influence over the target audience many studios aim for, and if Harry or Moriarty come out and utterly bag a film, you can be sure the film will tank. The influence of blogging is profound, or at least, can be if utilised correctly. Things can go wrong, as was the case with Snakes On A Plane, which was hyped to gargantuan proportions via the internet, yet still bombed at the box office… so it’s not an infallible system.

Hence, the worry that there are those who take money or other “bribes”, if one can use such a derogatory expression, to give a positive slant on a product that a studio wants to succeed. Say Fox wanted to promote their latest Die Hard film, for example. Give a whole bunch of bloggers a free swing at the film in a preview screening, making sure to give them a free hat or t-shirt in the process, tell them they do a great service to the industry, etc etc, and hopefully they’ll print something good about your film. Take it further, and offer cash incentives in terms of advertising as a reward for a positive review, and of course you’d be mad not to make sure your bottom line was taken care of; perhaps even at the cost of journalistic integrity.

Now though, the law states that any blogger who is provided with incentives for positive reviews, or paid for their views, must state so on the blog in question. I haven’t got a problem with this, in fact, I’m surprised it hasn’t been mandated prior to now. How it’s policed, of course, is another matter. I doubt people will start saying they’re taking money for reviews just because somebody somewhere decides they must: people have had it good for too long to simply change at a whim.

Here at fernbyfilms.com, we’ll always tell it like it is. We dont’ get paid for our work at all, and we do not advertise on our website. Therefore you can continue to expect unbiased, informative, genuine articles to be published right here. Mind you, if the time does come where somebody pays us for an opinion piece, then we will most assuredly let you know before you read it.