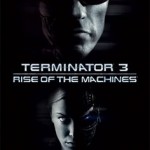 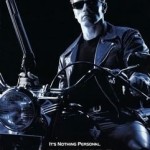 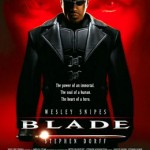 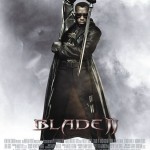 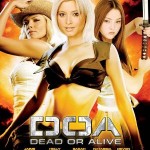 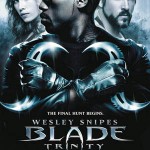 If you’re an action junkie, and love the good vs bad battles of vampires or perhaps robots from the future, then boy, do we have a week for you. This week, we tackle the two trilogies that introduced a day-walking vampire hunter and a massive, hulking robotic death machine, to audiences around the world. Two of  the Terminator series, including the second James Cameron film, and the more recent Jonathan Mostow effort, are interspersed between the Blade Trilogy, where Wesley Snipes hacks, slashes and bludgeons his way through a veritable army of undead vampire prey, in order to rescue humanity.

We’re not uploading our Terminator review just yet, though, as we’re holding this over for a special event in a few months. More on that at a later date, but if you’re wondering where the original Terminator review is, it’s still to come. Instead, we open up a can of whoop-ass on the more recent action outing from director Corey Yuen, DOA: Dead Or Alive, which stars Australia’s very own Holly Valance.  There’s violence, blood, explosions, special effects: it’s all online this week here at fernbyfilms.com.

I wanted to make mention quickly of Fernby Films friend Mick Kubler’s latest work of art, a short film entitled The Cassette, which he premiered at the Kino Kabaret short film festival a week or so ago. The film, and the information about it, is currently available at his blog, here.  It marks Mick’s debut as a director/editor/screenwriter/cameraman in creating this short film, and I happen to think it’s a worthwhile effort. Produced from Go to Woah in 48 hours, it’s a testament to the creativity of a group of people who start with nothing, and end up with a short film about…. well, whatever they want, really. Guerrilla filmmaking at it’s best. Check out Mick’s blog for the details. Or, click the link below to find out more about the Adelaide Film Festival, and the Kino stuff in particular.

This month is also the last month in which you’ll see our current Gallery + Page here at fernbyfilms.com. We’re currently uploading all out images of stuff to Panoramio.com, a photography website, which is able to host images such as these without problem. We will provide you with a link to our Panoramio homepage in due course, but suffuce to say, if you want to see the images here on the site as they are right now, now is the time to do so. Come April 1st, we’ll be removing the page from here permanently.

Next week, we commence a massive Star Wars week here at the site, and we’re working hard behind the scenes to ensure we have everything sorted by the time it rolls around.  We’ll be picking apart each of the six live-action feature films, and giving you our assessment on them, with no prejudice whatsoever. We hope you enjoy it, and if you want to keep updated with all that info, you’d better register with the site to keep yourself updated!!

So, with that in mind, and me looking down the barrel of a week of unwrittten articles on the subject still ahead of me, I think I’ll leave my comments for this week and just let the reviews go at it!