With the enormous success of the first X-Men film, it was only natural that Fox would want the follow-up to be pushed straight into production. And it was. Director Bryan Singer returned, as did the entire original (surviving) cast, plus a few new faces. X2 delves into more detail with the anti-mutant factions building up, and reveals a lot more about Logan’s past (although, honestly, not enough to keep fans happy!) while at the same time, maintaining the generous character development as begun in film 1. Wolverine, Storm, Magneto, Rogue, Cyclops: plus newcomers Nightcrawler (Alan Cumming) and Lady Deathstrike (Kelly Hu), X2: X-Men United is a high-budget expansion on the previous film’s limited scope. Logan goes off to “find himself”, two newbie X-Men Iceman (Shawn Ashmore) and Pyro (Aaron Stanford) develop their interpersonal relationships with different mutant leaders, Jean Grey (Famke Janssen) is still torn between her husband Cyclops (James Marsden) and Logan, Storm (Halle Berry) is relegated to piloting the X-Men jet, and a frighteningly powerful military general (Brian Cox) seems intent on hunting down, and capturing Logan, and anybody who gets in his way. 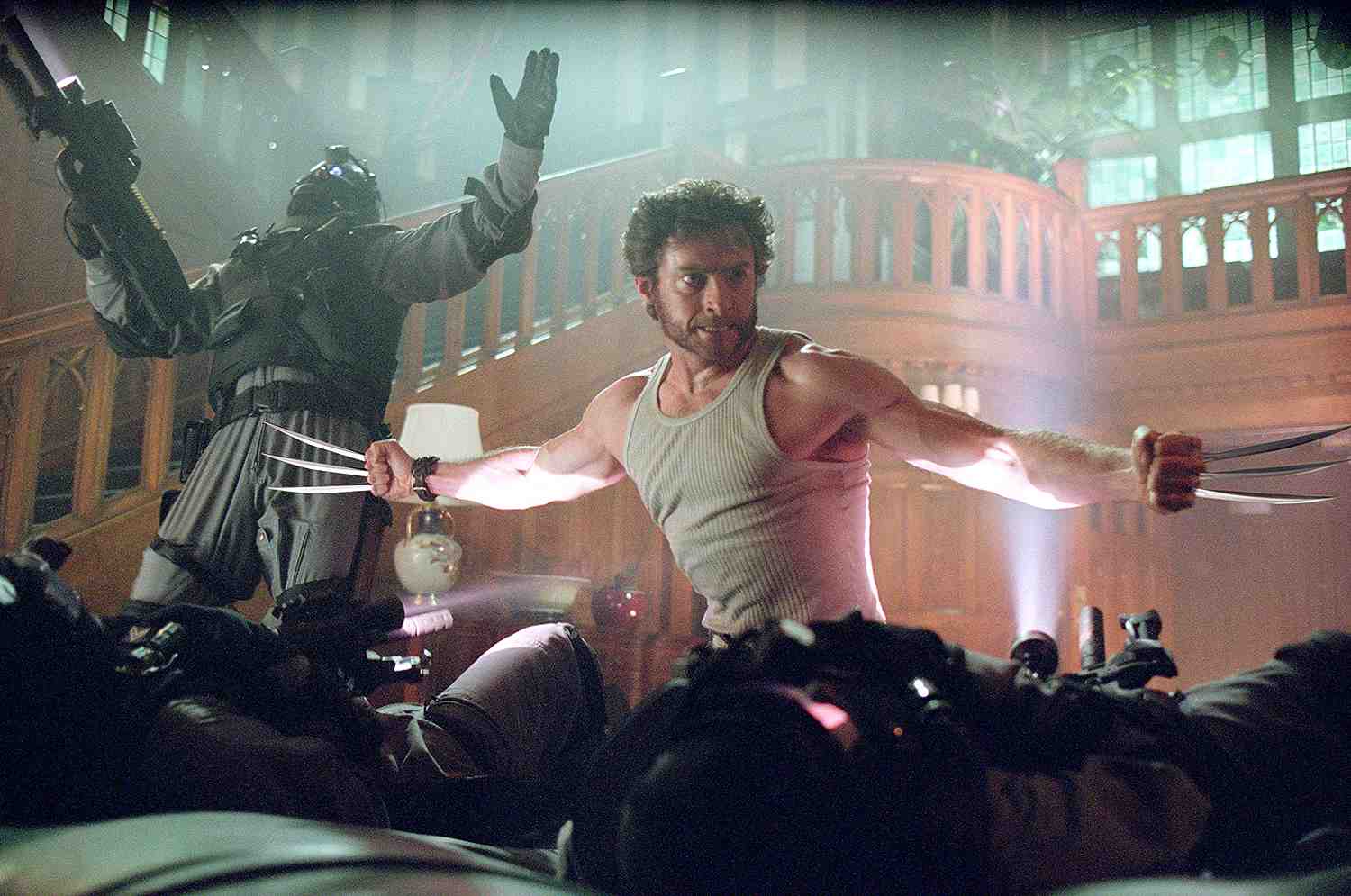 Ramping up the action in X2, Bryan Singer managed to do something that Hollywood history says shouldn’t happen: create a sequel that’s better than the original. X2 begins with one of the greatest openings to a film I’ve ever seen: an assault on the White House and Oval Office by Nightcrawler, a mutant whose ability allows him to teleport to any space he can visualize. Taking apart the US President’s security detail in quicktime, Nightcrawler is eventually wounded and escapes, his mission to assassinate the President a failure. However, it does cause the US to begin to plan an operation to bring the Nazi-like persecution of mutants to the forefront of their policy making, something Xavier Charles (Patrick Stewart) and his fellow X-Men try to prevent. Brian Cox’s General Stryker, tasked with finding Nightcrawler, has his own agenda, which does nothing to further Mutant/Human relations; he’s after Logan, and his ability to regenerate from injury being a high priority for scientists. Stryker’s strike force invades the School for The Gifted, where the X-Men are based, and causes untold havoc. He pursues Logan, Iceman, Pyro and Rogue to Boston, where there is an encounter with the local police after Iceman’s brother snitches, his irrational fear of mutants overriding any family loyalty. Magneto, meanwhile, is slowly putting his plans and people in place to sweep to power once humanity succumbs to the mutant crisis. X2 was made under the adage that “bigger is better”, and while that might not normally hold up in Hollywood, and in movies’ in general, in this particular instance, it’s utterly correct. Working with a larger budget, a more widescreen storyline and epic themes, the intimacy of the previous film has been replaced with the dire, cataclysmic events that will send the world spiralling into conflict. Singer has strung together some of the best superhero-moments in this series of films, none moreso than the opening Nightcrawler sequence. But that’s not all, folks, no way. There’s a superb battle between Wolverine and the similarly skeletally enhanced Lady Deathstrike, as Logan finds his way to the place his life was changed forever. Mystique, played with a nubile sensuality by Rebecca Romijn, is still as gorgeous as ever, even if she’s on the side of Magneto. McKellen, tearing his scenes to pieces with style and charisma, gives off the confidence and power he has in his ability, regardless of the fact that he’s pushing old age and senility, and is utterly believable in his convictions as the misguided (and vengeful) Magneto. 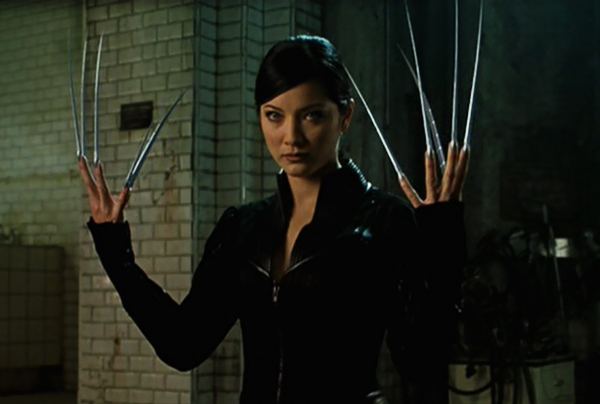 The themes of the previous film are lost in the jumble of characters and action, which is perhaps a little disappointing, however, Singer works the film to it’s strengths: character interaction is superb, with witty repartee and dialogue enhancing the screenplay’s somewhat lacklustre depth. Wolverine’s leadership qualities, no matter how much he doesn’t want them, are first class, and Singer makes the most of Hugh Jackman’s ability and performance by giving him a much more powerful journey this time round. Jackman captures the essence of Wolverine perfectly, and his “rage” is truly frightening. 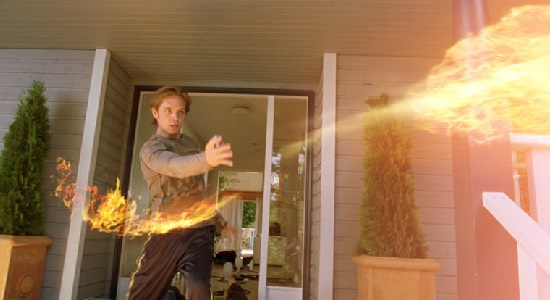 Perhaps the least accessible character to get the hang of in the X-Men films has been Halle Berry’s Storm, although this isn’t due to anything Berry does per se, but rather the fact that she’s a pretty nondescript character to begin with. Her ability to create changes in the weather wouldn’t put her in my top ten superheroes, but Berry does well with a limp storyline for her character. 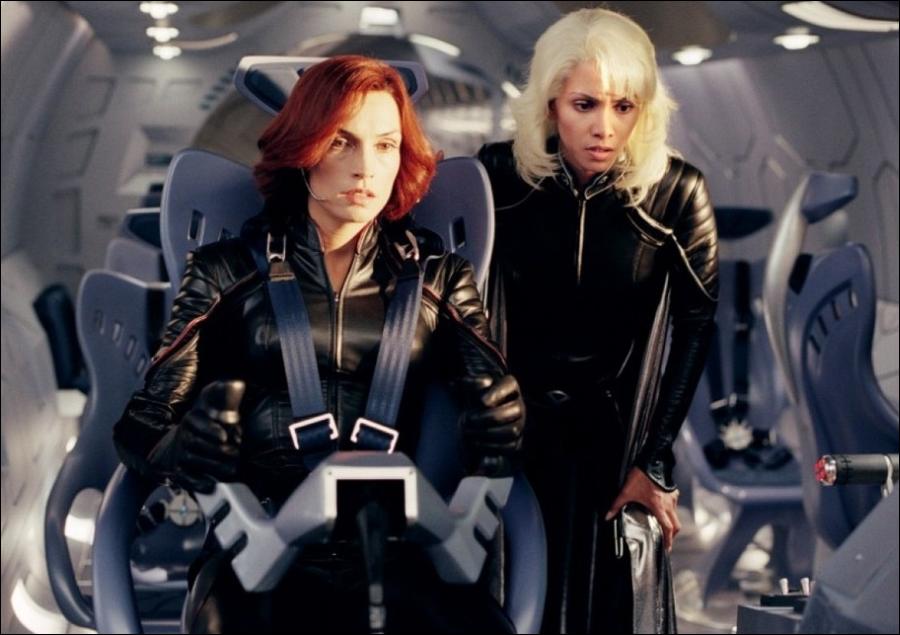 Where X2 succeeds as a film is as an action-based narrative, with characters previously established, there’s less reliance on a new audience not understanding what’s going on (which is a common factor in most sequels!) and it works a treat. The film moves from action sequence to action sequence, building on the established rapport with the cast and feel of the previous film, and expanding things in new, exciting directions. While still somewhat political in tone, and perhaps having a little too much “message” than a film like this should have, X2 is still one of the most exciting and adventurous sequels of the modern era, and a more than worthy follow-up to the original.