After being nominated for a swag of Oscars (including Best Picture, Actor and Director) and after co-star Tilda Swinton won one for Best Supporting Actress, I felt it was time to check out the George Clooney starrer Michael Clayton. Most reviews I’d read on the film praised it to the top of the heap, so I was dubious. I’ve never really connected well with a Clooney film, as I find his particular style of acting a little introverted, a little too restrained. 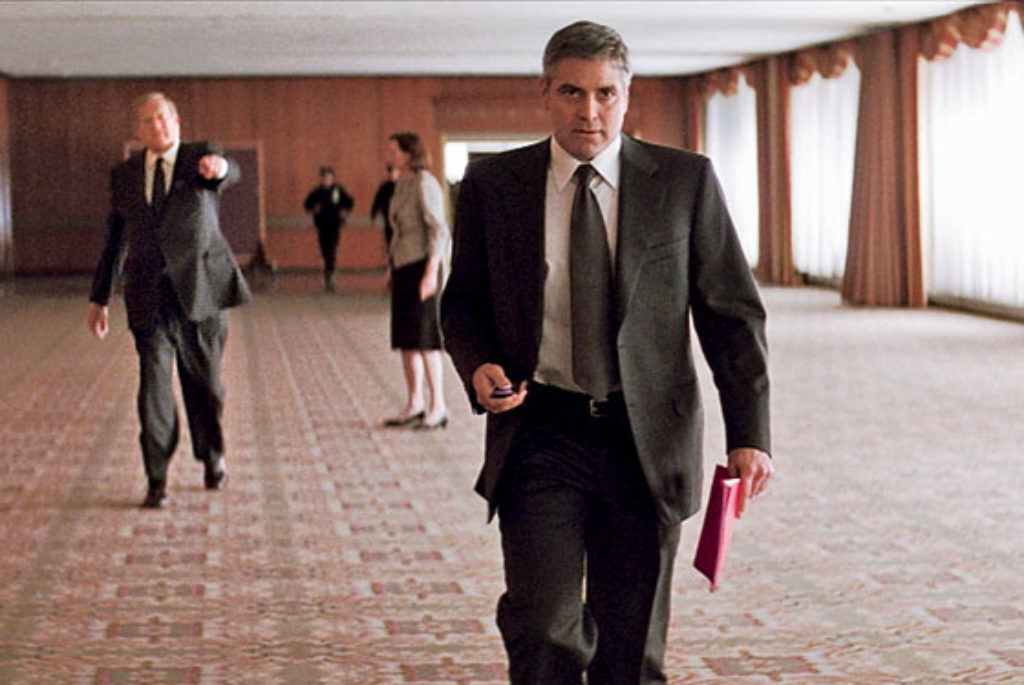 Michael Clayton will go down as one of Clooney’s understated performances that actually fits the character, and ultimately the film as a whole. Clooney plays the title character, a “fixer” for a large law firm that cleans up the messes nobody else will touch. When one of his friends, and a fellow counsellor (Tom Wilkinson) goes barking mad during a deposition, and threatens to go rogue, Clayton is called in to calm the situation down. Problem is, Clayton’s concience gets the better of him, and the more he digs into the case his friend was working on, the more he finds things that could compromise the case, and jeapordise the future of his firm. Clayton has his own issues too, such as a massive debt he owes on a failed resteraunt, which he’s being pressured to pay back.

The company the firm is representing appears to have been negligent in releasing details of the effects on humans from products it’s created, and the case threatens to blow wide open when Tilda Swinton, as the company’s second-in-charge, uses hitmen to do a bit of her own “cleaning”. 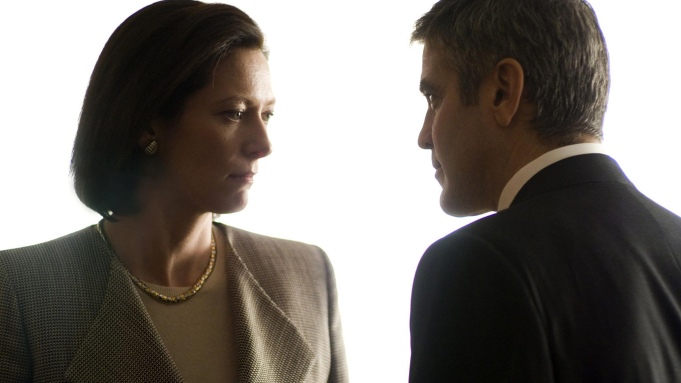 The direction from Tony Gilroy is tremendously powerful, almost wistfully playful at points, but retains a sense of calm throughout thats a true joy to watch. With producer talent behind the lens like Steven Soderberg, Sydney Pollack (who also stars) and Clooney himself, it’s hard to see where this film could possibly have gone wrong.

Clooney’s performance is again restrained, hardly moving above a whisper, which makes his Oscar nomination all that much more surprising. Swinton’s win is perhaps even more confusing, as she simply goes into a kind of Rain Man mode trying to keep herself and her company out of the doghouse. Her twitchy, scattered performance is good, but I’d hardly have awarded an Oscar for it. Still, what’s done is done. Personally, I’d have given the Oscar to Tom Wilkinson for his role as the tormented councellor, Arthur, whose motivations are perhaps the best of the whole sad bunch. 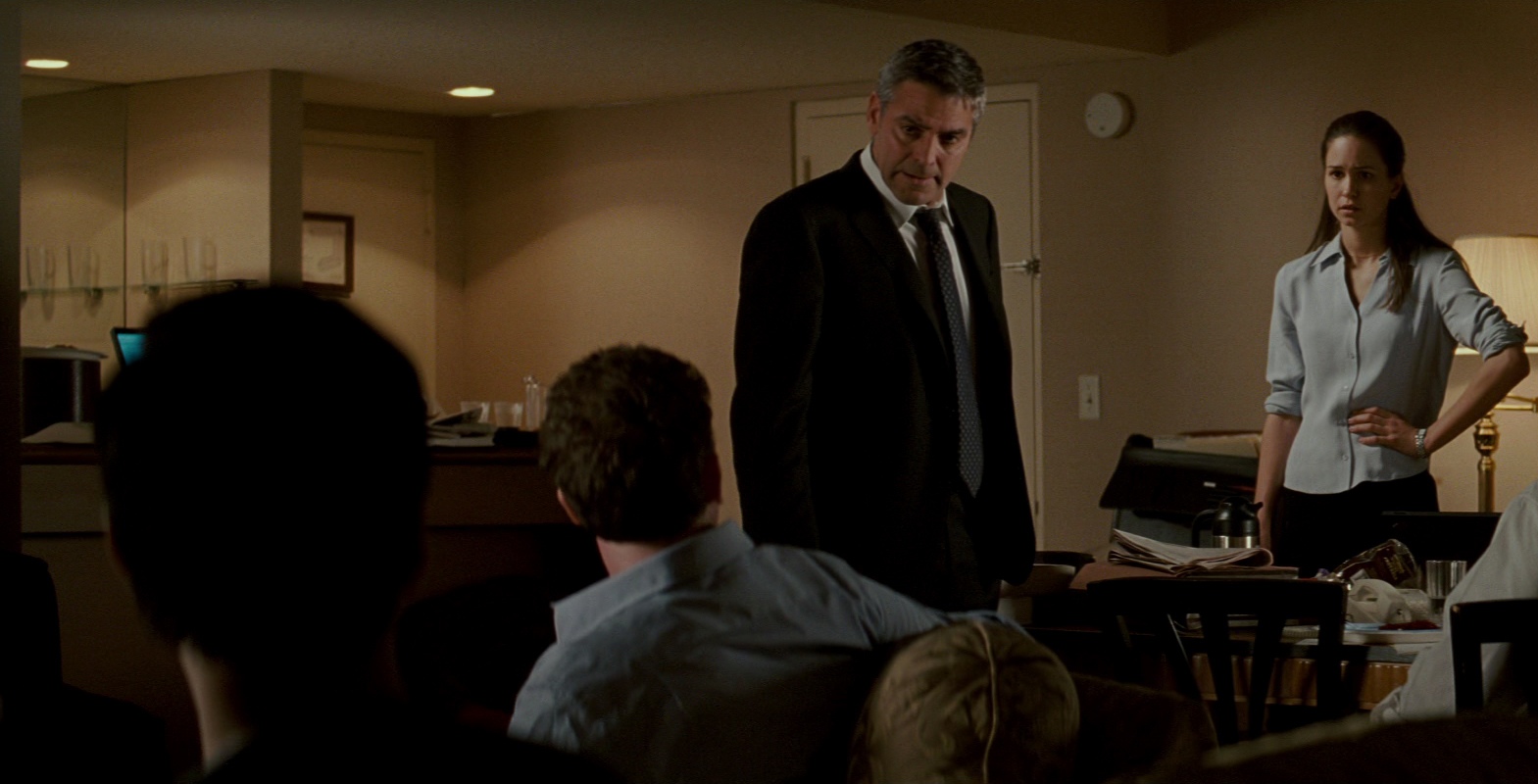 The sub-plot revolving around Clayton’s family, in particular his son, is a little half-baked, and without a resolution, but still manages to move the story forward. Why exactly the film chose to explore this facet of the character, especially when it has so little to do with the main plot, is a little beyond me. Perhaps it’s a way for the filmmakers to show the softer side of a person who is supposed to be ruthless. If that’s the case, then I guess it works.

Michael Clayton is one of those film where the resolution is one that makes you punch the air and scream “yes!” in delight. The characters are superbly played throughout, making your emotional investment in them all the more stronger. As a result, when the end game finally plays out, the way in which the “bad guys” get their comeuppance is delightfully resounding. You’ll be happy you persevered through the most obscure opening to a film I’ve seen in a long time. 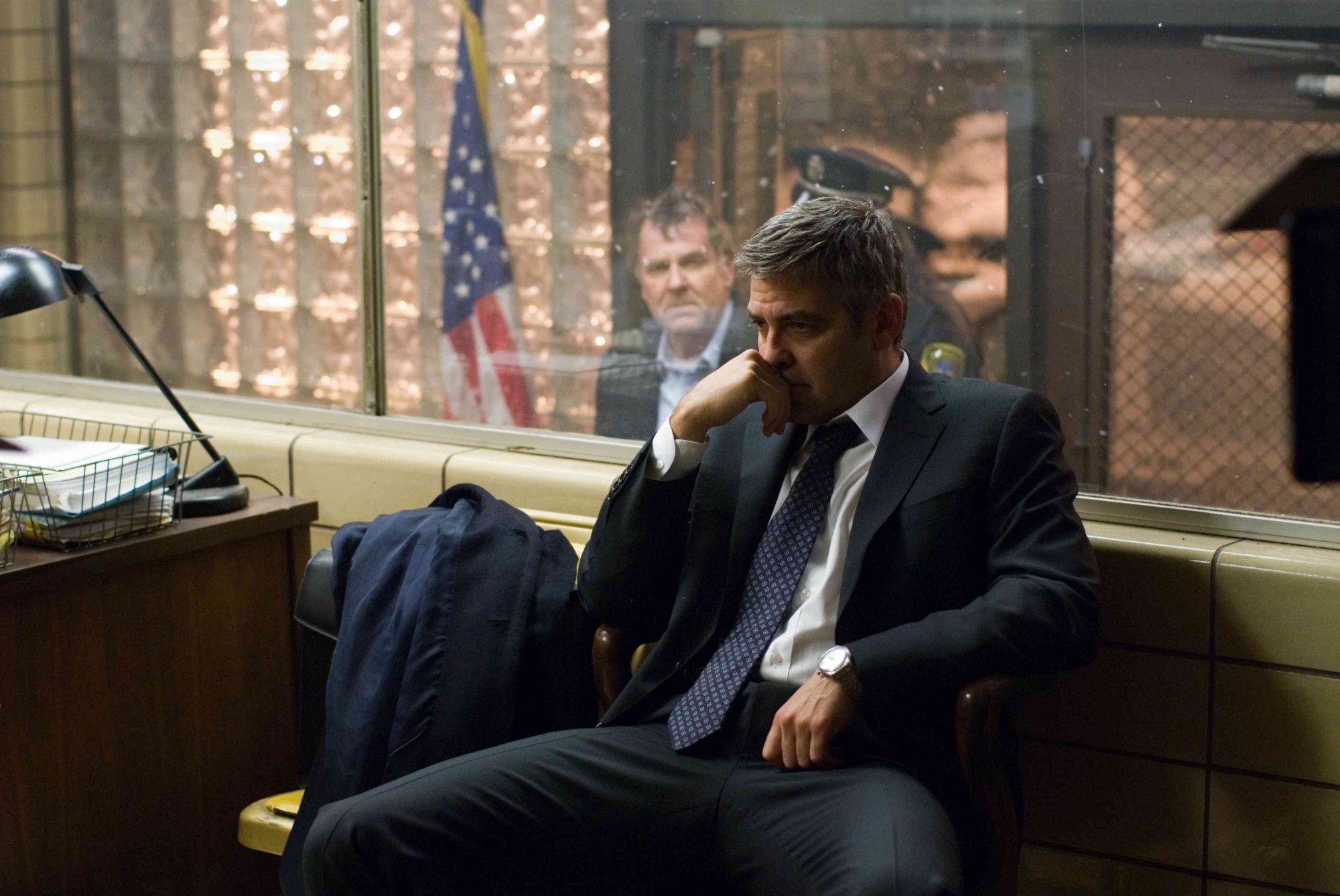 Michael Clayton is not a bold, excessive action film. Nor is it a rambunctious exploration of the law caper. It’s one of those cerebrally challenging, character driven pieces, that most “average joe” viewers will probably walk right past on the shelf. But if you enjoy a good film, well made, with great acting, then this film will fit the bill. It may not have been deserving of so much Oscar attention, but it’s still a film deserving of your time to watch it. Highly recommended.