Just a quick post this evening, to let all you regular readers know of a new development for Fernby Films.

If you look to the page link to the right, you’ll see a new name there somewhere: Greg “Colin” Bowden has joined the team here at Fernby Films in a semi-regular, as-he-feels-like-it film reviewing role. I put Colin in “” in the same way that Dwayne “The Rock” Johnston now likes to drop his stage name from his legitimate film career…. after all, Greg now likes (and prefers) Greg to Colin. Still, those in the know still occasionally call him Colin, and he doesn’t seem to mind. He’s kind of nice that way. 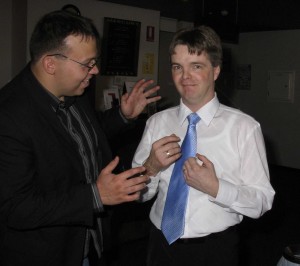 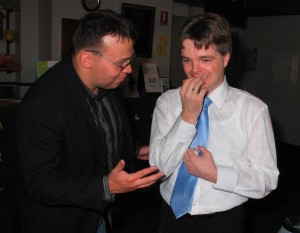 Anyway, my rambling here would indicate that it’s late, and I really should go to bed.

I look forward to Greg’s reports on films here at this site, and hope you enjoy reading them. He’s got quite an opinion on all things “movie”, and now it’s time for me to shut up and let him take charge of telling you all what he thinks!

Greg’s first review will be Hancock, which he is seeing on Saturday, so check back afterwards for updates from the newest member of the team! Cheers Greg!